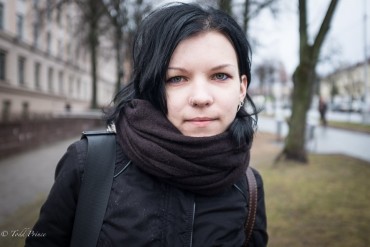 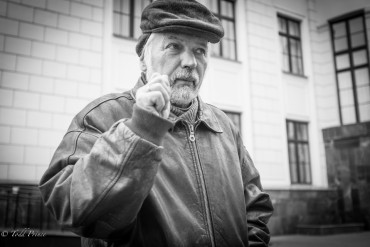 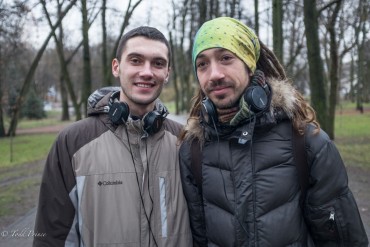 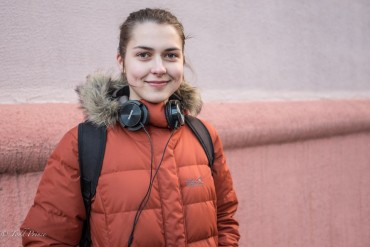 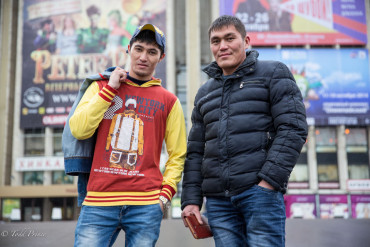 The young man on the left in the NYC shirt and his uncle come from a small village on the shore of Lake Issyk Kul in the Central Asian republic of Kyrgyzstan. The young man said he graduated with a law degree, but as there were no jobs at home, came to Russia. He said he worked 2.5 years on Yamal Peninsual, Russia's main gas producing region, which lines on the Arctic circle. He loved the region's nature, but found it tough to bear -45c. Now he works as a cashier in Moscow and says he is satisfied with the work and pay. He dreams of earning enough to buy a car and build himself a home in is village in Kyrgyzstan. He then showed me a few photos of his village at the foot of Lake Issuk Kul with the Tian Shan Mountains rising in the background. 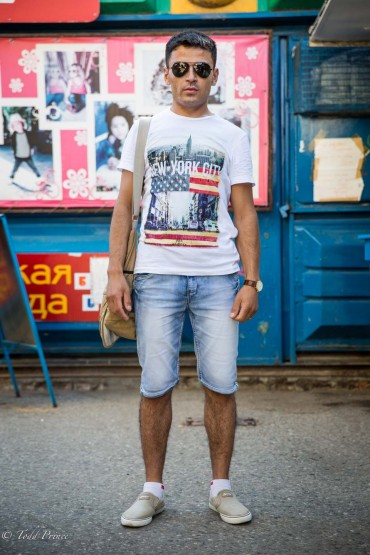 If the outdoor market in Elista, Kalmykia tells you anything, it's that this region of Russia isn't doing well economically, something expressed in the number of young Kalmyks traveling to other regions for work. I saw Murat at the outdoor market in Elista in his NYC shirt. He said he came from Uzbekistan to work in Elista...an indication that the work/wage situation in Uzbekistan isn't any better. 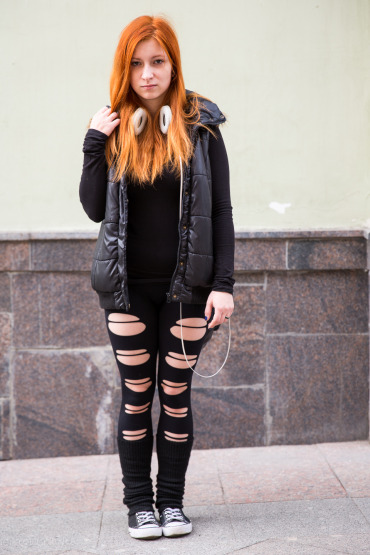 Moscow: Anna was on her way to work, listrning to her headphones, when I passed her. She said she likes to practice twirling chains with fire with friends in a park across the river from the Kremlin. She is wearing black socks up to her calf.

Moscow: Anya is drinking her Coke and watching Muscovites dance in Gorky Park as the sun goes down behind her and tourist boats cuise by below her. Anya said she recently quit her job and wants to enjoy the rest of the summer before seeking work. 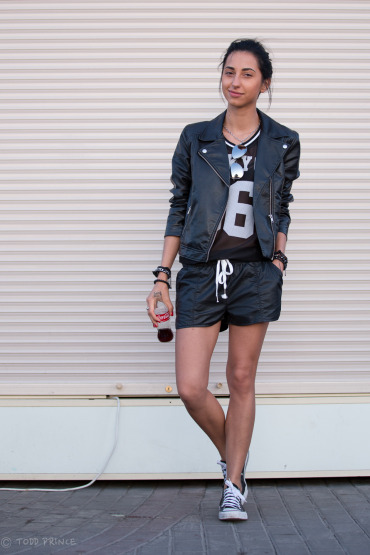 Moscow Street Portrait: Zhenya, a hairstylist with Russian and Greek roots, knocks back a Coke while taking in the Moscow sunset. She has an interesting combo of black leather jacket, aviator sunglasses with what looks like soccer shorts and Black converse. The sports shirt reads 'Tokyo.' Black is clearly her color.
1 of 2
12