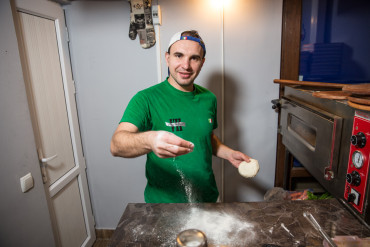 TBILISI, GEORGIA: Anton, 32, recently opened a small pizzeria in a narrow alleyway right off one of Tbilisi's main streets. The spot is about 15 square meters in total and can seat two people. Anton, who studied cooking in his hometown of Kharkov, said he has been in the pizza business for about a decade. During the summer, he runs several pizzerias in Crimea with this business partner. However, he feels businesses in that disputed territory will be disappointing this year due to the economic and political crisis, so he decided to give Tbilisi a shot. Anton named his pizzerias Palermo 7. The seven signifies the day and month he was born: July 7 or 7/7. Anton said 7 is a lucky number and thus had his back tattooed with Roman numerals for 7. 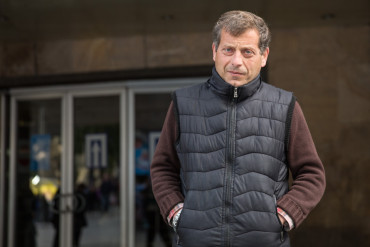 TBILISI, GEORGIA: Kakha, 41, is one of about 10 people selling popcorn in the center of Tbilisi. ''There is no work,'' said Kakha, who used to work in construction in Moscow. ''I need to feed my family, I need a job. I don't need democracy,'' he said, referring to the Rose Revolution that brought Saakachvili to power. He said that things got worse under Saakashvili and that it was a mistake for Georgia to get into a war with neighboring Russia. Kakha said he is happy with the new president, who has again allowed people like himself to sell goods on the streets of Tbilisi, something Kakha said was banned under Saakachvili. 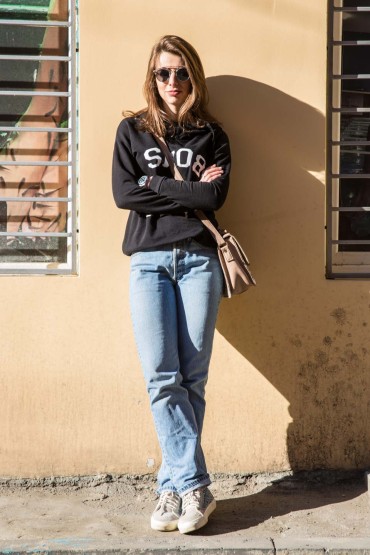 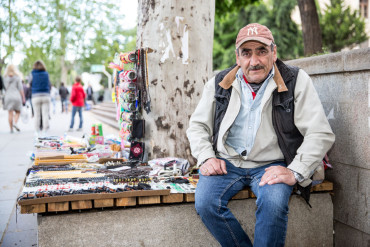 TBILISI, GEORGIA: Giorgi was wearing a New York Yankees hat while selling souvenirs on the streets of Tbilisi. He said he was a former Georgian language teacher in a school, but quit during the tumultuous 1990s as salaries were too low. A father of three, Giorgi said the 1990s were a 'time of chaos.' ''It was a bandit state. It is terrible to recall those days,'' he said. Giorgi said hat the situation began to change for the better under former Georgian President Saakashvili, who came to power in 2003. A Barbra Streisand fan, Giorgi said two of his children are living in Germany. 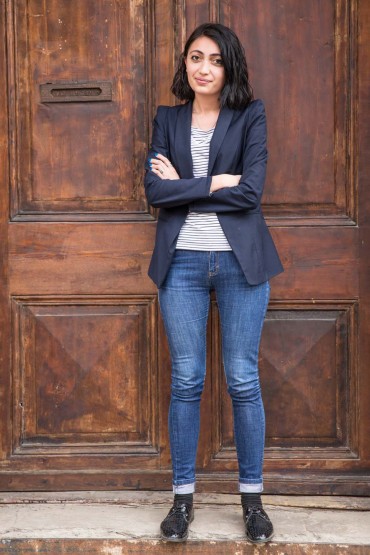 TBILISI, GEORGIA: Tamta, 22, works part time as a receptionist at a boutique hotel in the center of Tbilisi while finishing her studies. She hopes to work in an international hotel after she graduates. Tamta said she spent her childhood in Moscow, where her father worked as a doctor. However, in 2006, he decided to move the family back to their homeland. 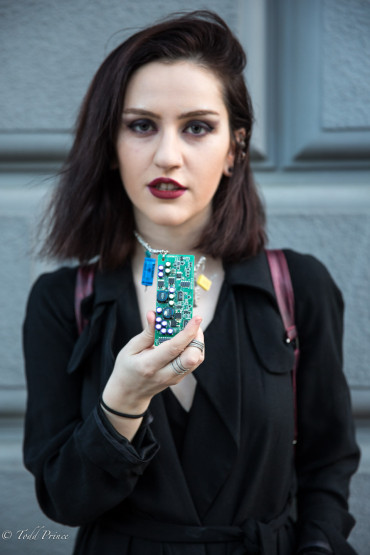 TBILISI, GEORGIA: Theodora, a Georgian fine arts student, was walking down the streets of Tbilisi wearing a computer chip around her neck. The rock music fan said she had made an installation for her university when one of the pieces - the computer chip - fell off. Theordoa decided to put a small hole through it and wear it as a necklace. She said she makes such accessories for friends as well. Theodora, like other young Georgians I met, wants to continue her studies in Germany. 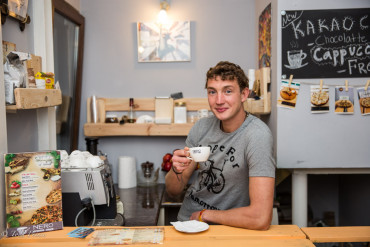 TBILISI, GEORGIA: Stas, 31, married last year, having proposed to his future wife on their 3rd day together. "I didn't doubt myself for a minute. I only regret I didn't do it on the first day." Stas, a boxer, said he is 'going crazy' as he hasn't seen his wife and her daughter in two months due to work. He explained that he left his native Kharkov, Ukraine to open another pizzeria in Tbilisi with his partner. Stas and his partner normally run pizzerias in Crimea in the summer. However, they believe business will be bad this year in Crimea and thus want to try another location. 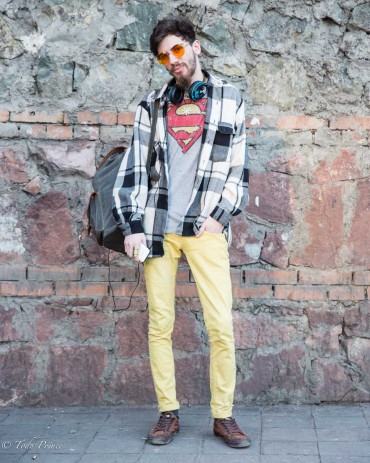 TBILISI, GEORGIA: Mishel, a Scandinavian studies student in Tbilisi, was hanging out with friends in the center of town as the sun set. It is rare to meet someone majoring in Scandinavian culture and language, so I asked Mishel how he chose that course of study. "I love winter and peace. When I was a child, my father told me there are Scandinavian countries that have both." Mishel hopes to move there to continue his studies. In the meantime, he is writing a book about the LGBT community in Georgia based on his life and the lives of his friends. He hopes to publish the book later this year.

TBILISI, GEORGIA: These Tbilisi girls were returning from school wearing t-shirts marked with their hand prints and words like "love and peace." They explained in good English that it was 'anti-bully' day at their school and the hand is the day's symbol. Tako, 13, (2nd from right) said her school has several hundred students, but she didn't think there were any bullies there. 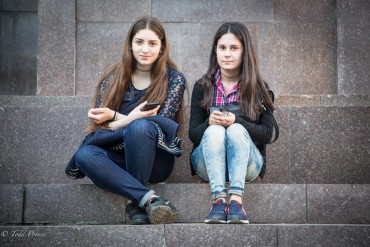 TBILISI, GEORGIA: Teo, 19, and Mako, math students, were hanging out in the center of Tbilisi on an early May evening. I meet lots of law, finance, marketing & programming students in the ex-USSR, but very few math students. For Mako at least, it is probably in her genes to pursue this science: both her father & grandfather were math teachers. She intends to follow in their footsteps and teach as well. Teo said she would likely become a teacher as well.