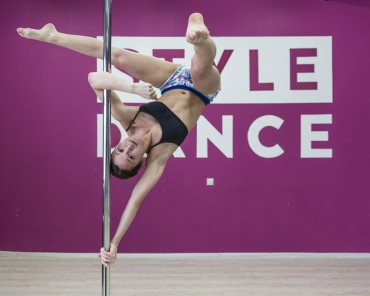 NIZHNEVARTOVSK: A 25-year old IT specialist, Ksenia teaches athletic pole dancing on Monday afternoons during her work lunch break. Her classes is held at a dance studio in a new shopping mall in Nizhnevartovsk, Siberia. Her student today was a 35-year old woman - also on her lunch break - who decided to try something new in life. Ksenia teaches a few days a week after work as well and has 16 students in total. Another pole dance teacher at the school has just as many students. Ksenia said she got into athletic pole dancing over a year ago after randomly coming across a video on Youtube and plans to take part in a regional competition. Pole dancing was more interesting and challenging than just working out at a gym, she said.

NOVOSIBIRSK: Margarita, 13, was walking home to surprise her mom with three red roses on mother's day. Margarita said she participates in fencing and is grateful that her mom has helped her over the past three years with carrying her equipment. Her list didn't end there ... Margarita also appreciates the yearly vacation with her mom as she knows it isn't always easy financially for her parents. 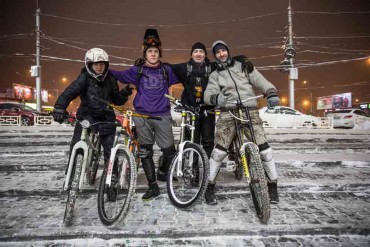 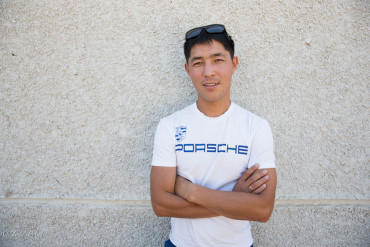 KYRGYZSTAN COUNTRYSIDE: This 26-year old said he worked about seven years in Novosibirsk, Russia selling jeans made in China. He said he has relatives in Novosibirsk selling the jeans, including his older brother. He said he would travel occasionally to Moscow for work and could make as much as $1,000 a month before the Russian economic slowdown. The young man said he returned home two years ago to marry and sent his younger brother to Novosibirsk to work selling the jeans. He said his younger brother will return home in a year or two - as is custom in Kyrgyzstan - to take care of their parents. When that happens, he will likely go back to Russia to work, he said. Before the Russian crisis, he said he could sometimes make close to $1,000 a month.

MOSCOW: Sveta was riding a foot scooter on her way to Gorky Park around 7pm at night. She was sporting dreads and was dressed in a Superman t-shirt. Tattoos covered her legs. Sveta said she is a tattoo master and has a small workshop near one of Moscow's metro stations. Born in Ukraine, Sveta grew up in Siberia and then moved around Russia, eventually ending up in Moscow. She said she got her first tattoo as a teenager. She randomly made the decision while hanging out at a friends house, telling herself ''why the hell not?'' Since then, she says she has studied tattoos and works in her own style. 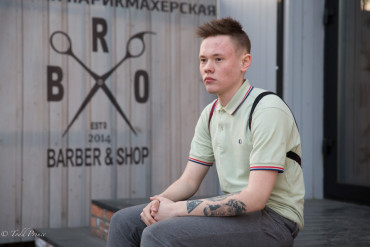 CHITA, EASTERN SIBERIA: Yura, 20, a third-year design student, was sporting pants with suspenders and a tattoo of Michelangelo's David on his arm as he hung out at a barbershop. Yura has already left his artistic mark on his native city, decorating the walls of a bar and barbershop. But he hopes next to leave his city for Germany, where he spent the summer with relatives. "I fell in love with Germany following my two month stay there. I love the architecture [in Germany] and have always been attracted to beautiful buildings." Yura, who has German roots, said the political disputes between Russia and west hasn't impacted one bit his love for Europe. 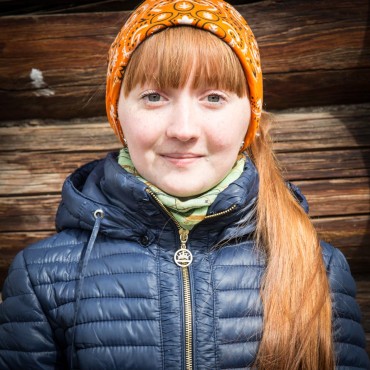 Irina, a school girl from Irkutsk, stuck out from the crowd with her long red hair, blue-green eyes, freckles and smile. She was visiting a museum site near Lake Baikal that contains historic wooden architecture. Irina had come to the complex with family and friends on Easter Sunday. They brought along Easter eggs, bread and kolbasi to celebrate as they walked around the large premises. 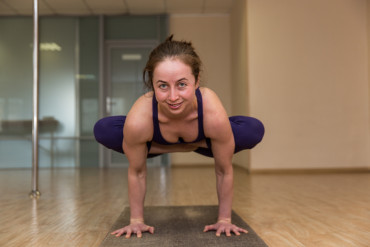 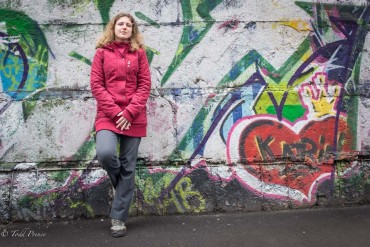 Polina, 25, was wearing the type of leather boots - black greenish with writing and laces - that immediately gave away her musical tastes. The Pearl Jam fan said the boots were actually her mothers. Polina said her mom got ill as a young girl in the 1970s and spent some time in a hospital. The patient sharing the room was a rock fan and 'infected' her mom with his music taste though it was banned in the Soviet Union. A freelance translator, Polina has inherited her mom's love of rock and alternative music, and attends outdoor concerts. Polina also loves traveling and dreams of hitchhiking several thousand kilometers to Baikal in Siberia. ''You don't have the moral right to emigrate unless you know your country well,'' she said when I asked why she wants to travel halfway across her country. ''Russia is a big and beautiful country. I will hopefully do this trip ... and then I will see what I will decided to do next.'' 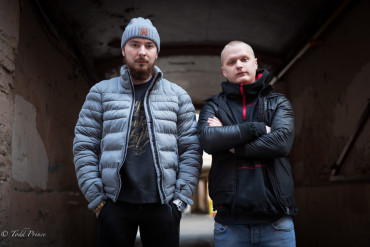