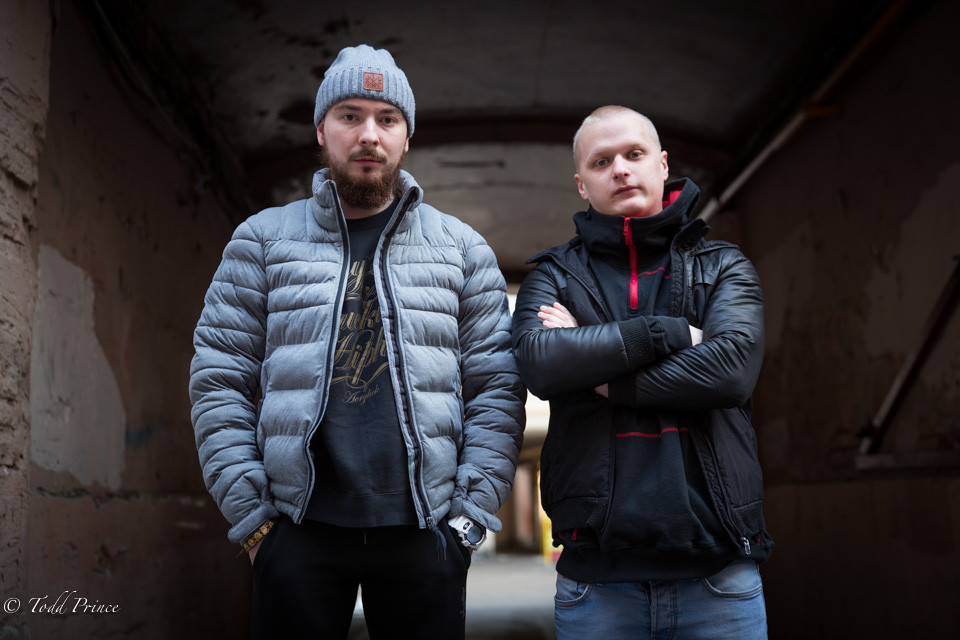 Vlad said he grew up listening to such groups as Wu Tang Clan and Onex. He began writing and recording rap at age 16 with another friend, first using Karaoke equipment and whatever other stuff they could get their hands on. ”I saw other guys recording rap and I was like ‘We like rap, why can’t we do that?”’ Hе says the initial stuff he made was ‘crap,’ but he didn’t give up, later performing at clubs in Novokuznetsk.

He and Misha call their group B72, the B standing for the Russian word for pain. The 7 and 2 refer to the size of the knife wounds he and Misha have. Vlad said he doesn’t spend time with other rappers ”because we want to do our own shit.” His mother and younger sister are back in Novokuznetsk. His father passed away.  His mother is supportive, he says. ”She is a rather modern mom.” 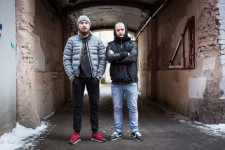 Vlad and Misha both work at a food kiosk. 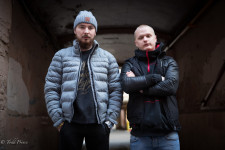 Vlad with Misha, who also moved to Moscow from Novokuznetsk. 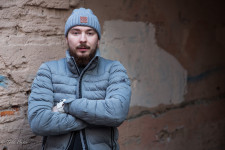 Vlad grew up in a metals and mining town in Siberia.