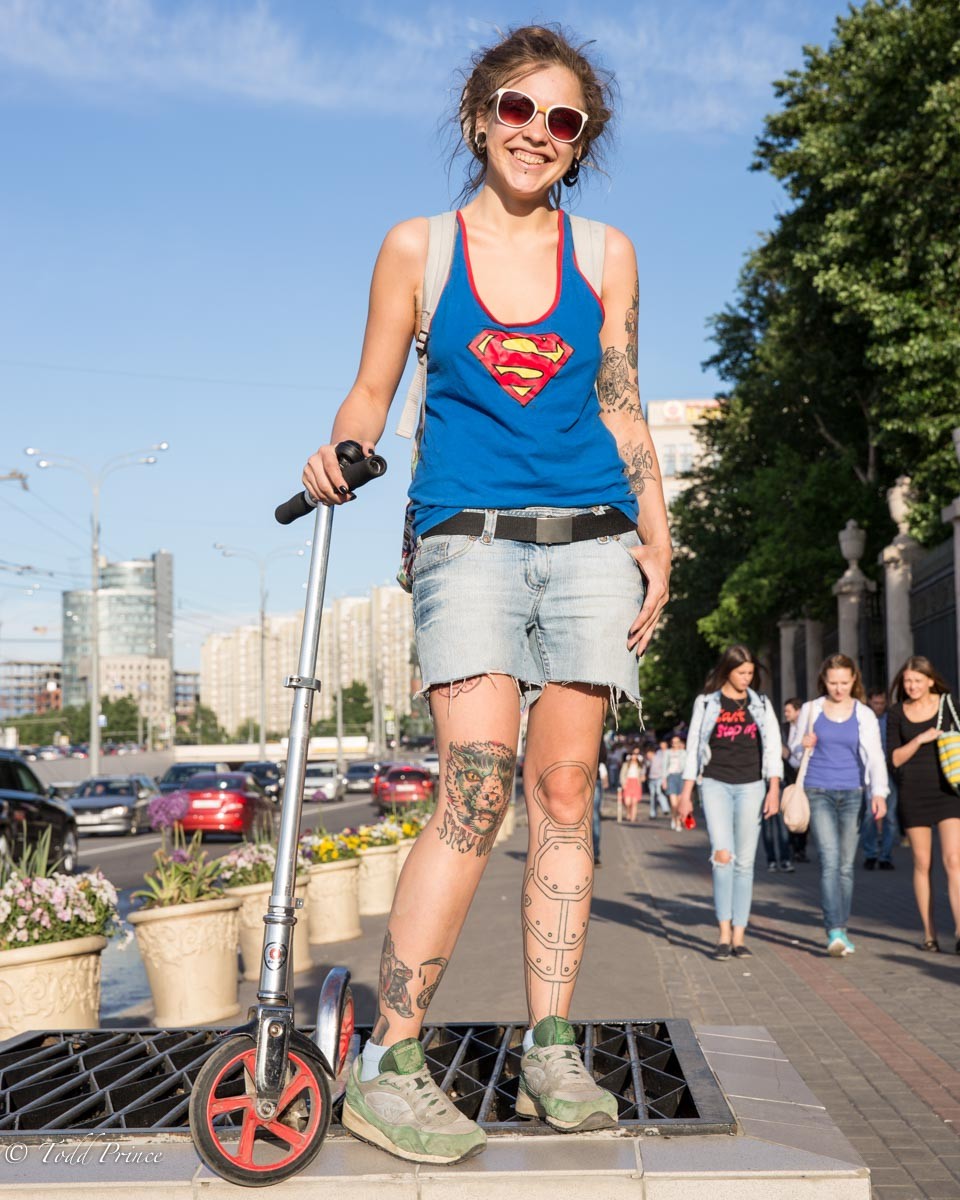 MOSCOW: Sveta was riding a foot scooter on her way to Gorky Park around 7pm at night.

She was sporting dreads and was dressed in a Superman t-shirt. Tattoos covered her legs.

Sveta said she is a tattoo master and has a small workshop near one of Moscow’s metro stations.

Born in Ukraine, Sveta grew up in Siberia and then moved around Russia, eventually ending up in Moscow.

She said she got her first tattoo as a teenager. She randomly made the decision while hanging out at a friends house, telling herself ”why the hell not?”

Since then, she says she has studied tattoos and works in her own style.