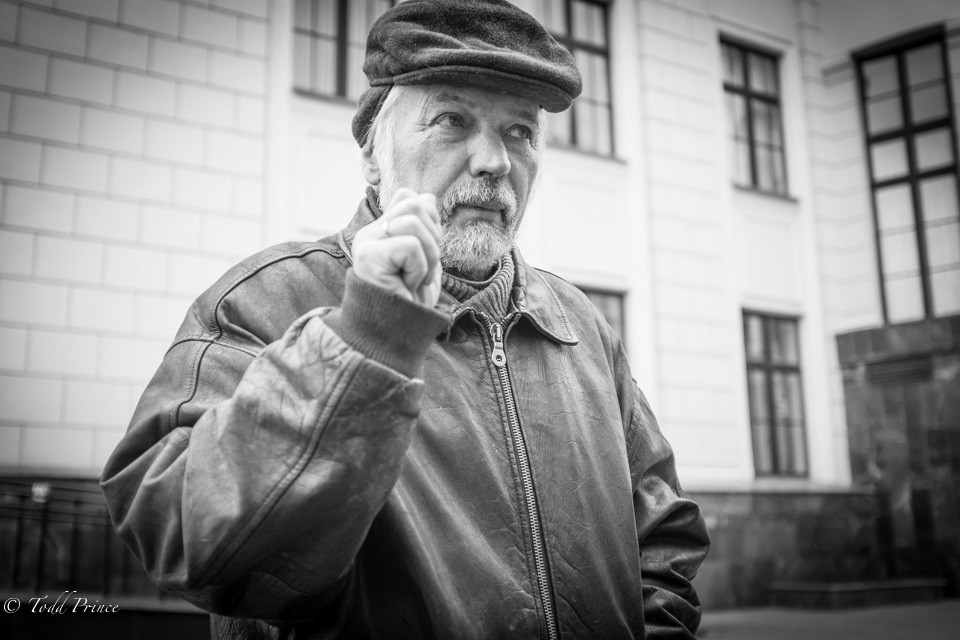 Victor, 59, was sitting on a bench in the center of Minsk and I approached him to get his views on the city. He ignorned the questions and talked about his painting career. He said as a university student in USSR, he – like other students – was sent to a village to help with the potato harvest. While taking a break in a village house, he noticed a typical Belarusian rug with flower designs on a black background. The babushka let him take it. Twenty years later, he came across the rug amongst his stuff and it inspired a painting in his ‘Snow in Black Square’ series. The series itself is a play on ‘Black Square’ by Kazimir Malevich, who lived a few years in Belarus. Victor’s site is: www.vitart.net