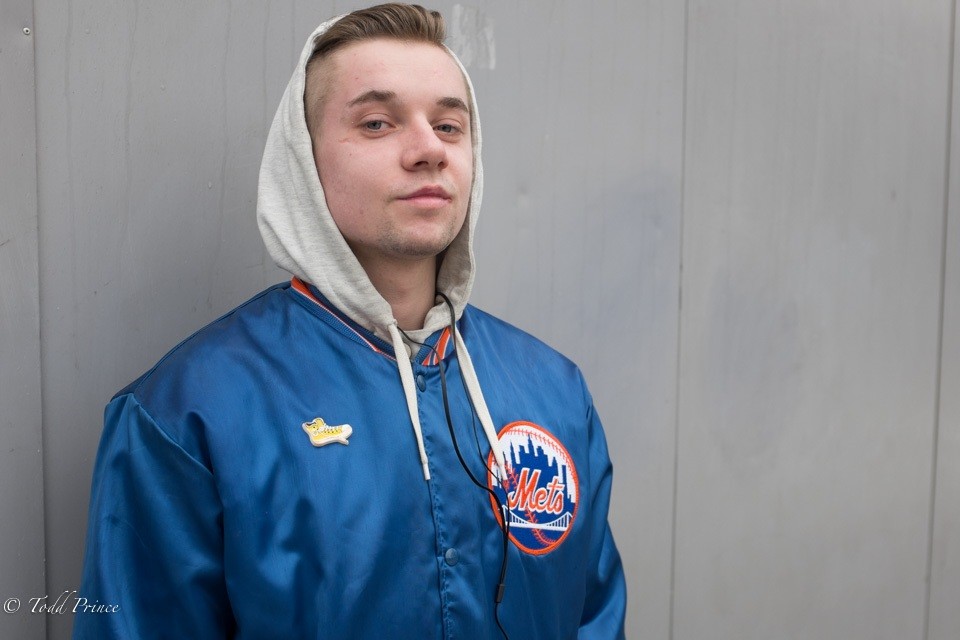 For forigners, there is one NY baseball team: the Yankees. I have seen hundreds of Yankee hats around the former USSR…in large part because it represents to them NY, not a baseball team. So, when I saw Alexander standing against a kiosk near the Minsk tractor factory in this hip Mets jacket, I had to find out his story. He said he was a good high school student and thus got to study in college for free but with the obligation to work his first two years for a state-owned company. He is working for a machine building factory and likes to spend his time rapping. He said he raps for friends and his ‘neighborhood,’ a word that I rarely hear people here mention. So I asked what he meant by neighborhood. He said the tractor factory area where he lives is like an old, forgotten ghetto. That is why I was there – I heard it was a depressed area in Minsk. Alexander said he was inspiried by Onex’s ‘Slam’ and wanted to recreate something similar incorporating his reality. He said he would love to visit the US to experience first hand rap and hip-hop culture, but said it was too hard to get a visa. He thought if he tried to explain to the embassy his reason for visiting the US, “they would think its total bullshit.”