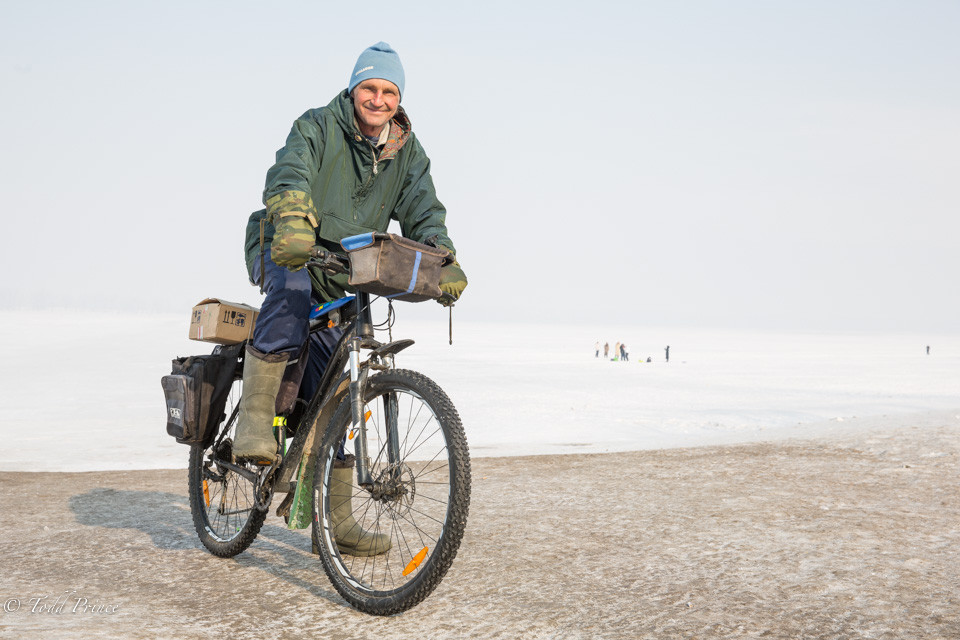 SAMARA: It was a pretty amazing site….the sun was covering the Frozen Volga with a bright light on a late morning… when in the distance, a darkish figure was moving quickly across the white mass. It was someone riding a bike across the frozen river. I ran back toward the stairs leading to the Volga to catch Alexander getting off his bike. He said he lives on the other side of the Volga and crosses 5 times a week to clean snow off roofs. Alexander said he was on his way to work. I asked if it were difficult to bike across the ice. He answered that it was easy as he has been doing it for so long. 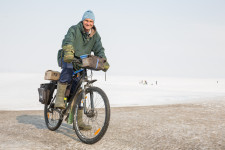 Sasha lives on the other side of the Volga. 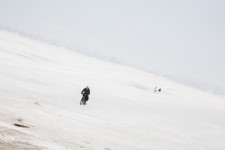 Sasha riding his bike over the frozen Volga to clean roofs of snow.