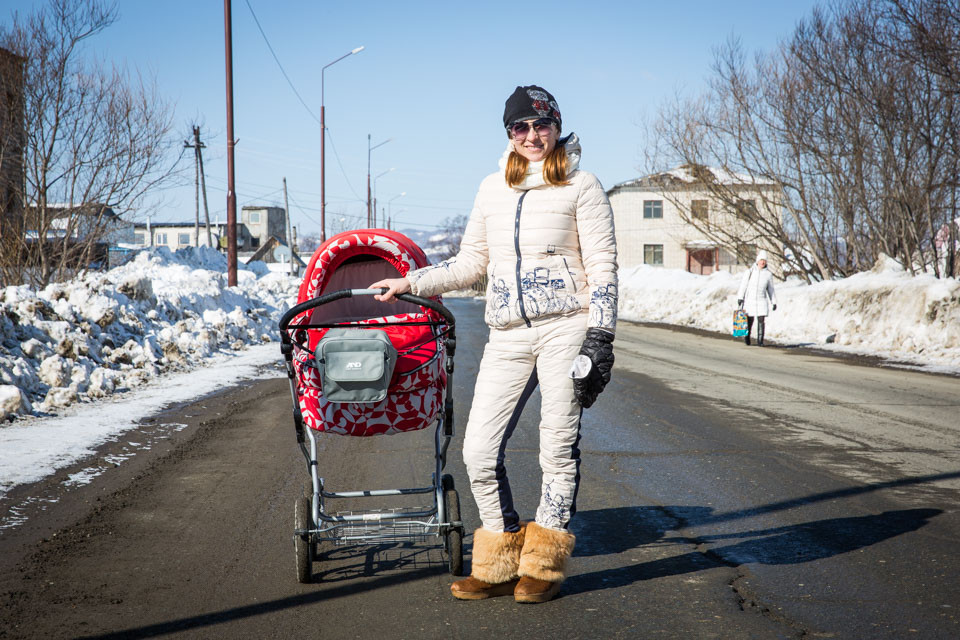 Sakhalin: Alexandra was walking down a road that lead from the sea as the sun shone bright and the snow stood tall in this small town in southern Sakhalin. I asked if it were difficult to raise children in this climate – with snow so high for so long. Alexandra, who has two daughters, said she grew up in the north of the island where temperatures get down to -40c and where the snow is even greater, so southern Sakhalin was relatively warm. Alexandra said she had no intention to leave the island for mainland Russia as she enjoys the nature and thinks the local people are kinder. As for her children, “I won’t insist that they stay,” she said. “It will be there decision.” Alexandra said she hopes to have another child. “My husband wants another daughter, but I would like a son for a change.” 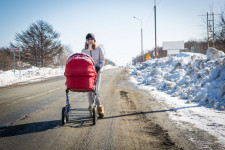 Alexandra grew up on the north of the island, where temperatures are even colder. 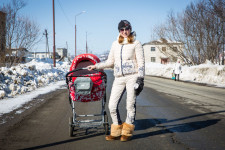