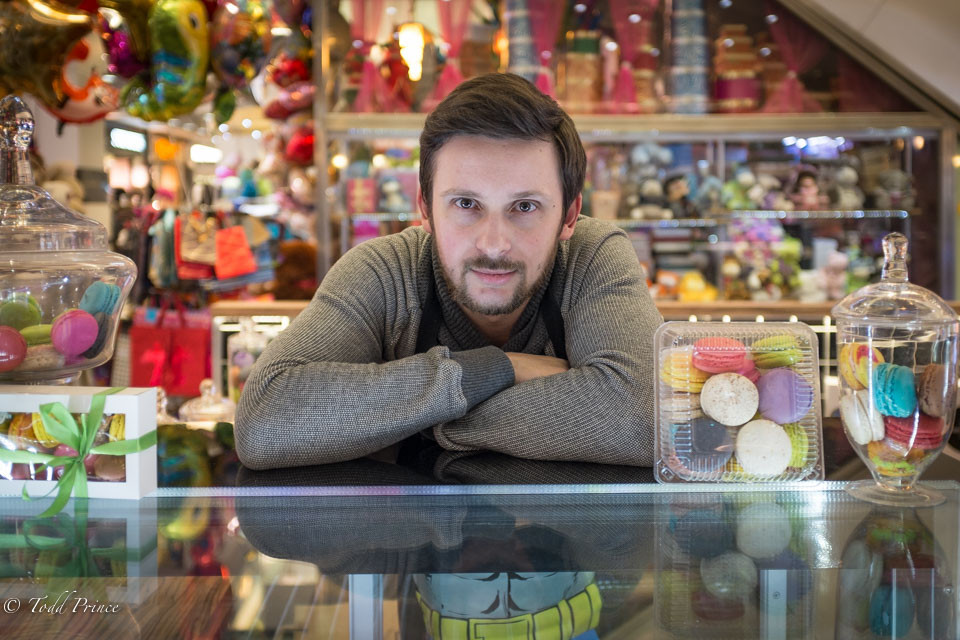 While walking around the shopping mall near my house, I was struck by a food stand near the elevator: ‘Bakery by Men’ it read. In a country where the president flies in jets, cruises on submarines, practices judo and rides horses, ‘Bakery by Men’ seemed bold. I stopped by to talk to the guy working the shop that day. Alexei said he had moved to Moscow in early March 2014 from Sevastopol…just days after Russia began the process of annexing the region. He said he was planning to come to Moscow at the end of February as he had fallen in love with a girl from Moscow that he met through social media network Vkontake.

Alexei said the annexation helped him in his job search as he was now a Russian citizen and not a migrant worker from Ukraine. He got his new paspport quickly. He first worked in distribution in Moscow before joining the bakery. He showed me his previous work badge: It read ‘Alexei San Torres’. I asked what ‘San Torres’ was. ‘That is my family name.’ I was perplexed, so asked him how that could be. He said his mom went to Florida about seven years ago and married a Puerto Rican. He wanted to visit her, but has he had a different last name on his Ukraine passport than his mother, it caused some complications at the US consulate in Ukraine. So he changed his family name. But now Alexei has a new passport…a Russian one.

I asked if he has any other relatives in the US. He said his brother …. he went with his mom years ago to play basketball. He stayed to study and now serves in the US Navy, ironic considering that Sevastopol is a Russian navy town. His family is caught up further in the turmoil – he added that his godfather is a Maidan supporter, while his grandfather lives in embattled Donetsk.

As for the bakery, Alexei loves the job and the team he works with.