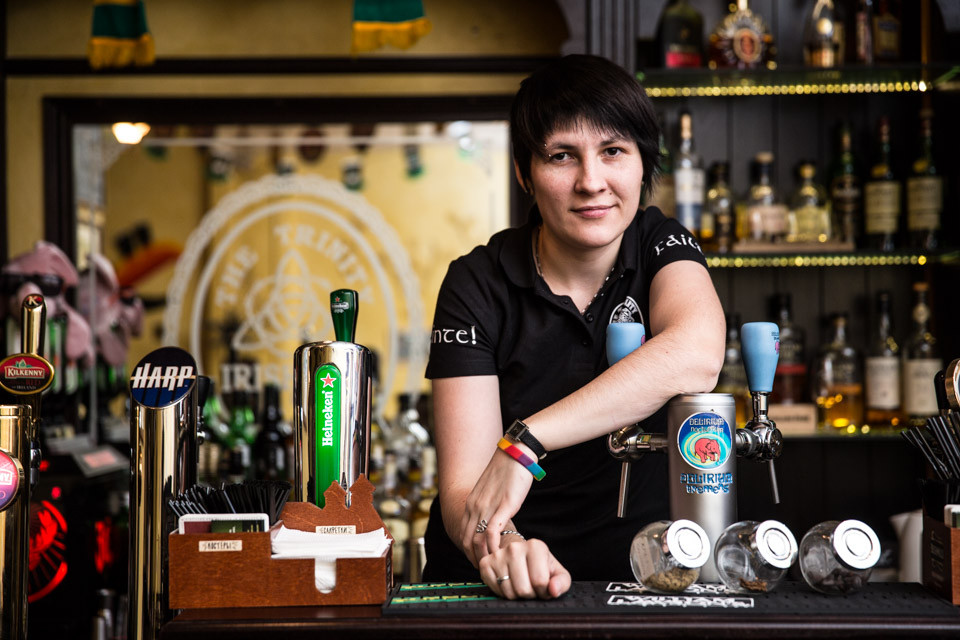 KAZAN: “I winced and spit,” said Alyona, 26, recalling the first time she tried craft beer at the bar she works at. However, with time, she came to enjoy such brews. After returning from a vacation, she decided she wanted to have her own business and not just work at an Irish pub.

After speaking with a friend, they decided to open a bar specializing in craft beer. The bar opened in May on the popular Baumen street in Kazan. The bar offers about two dozen Russian craft beers and foreign brews as well. Alona splits her time between working at an Irish pub, where I photographed her and the small craft-beer bar.

I asked Alyona how her family reacted to her becoming a bar owner. “My mom was scared, she was worried that I would lose all my money. She doesn’t understand that I am doing well.”