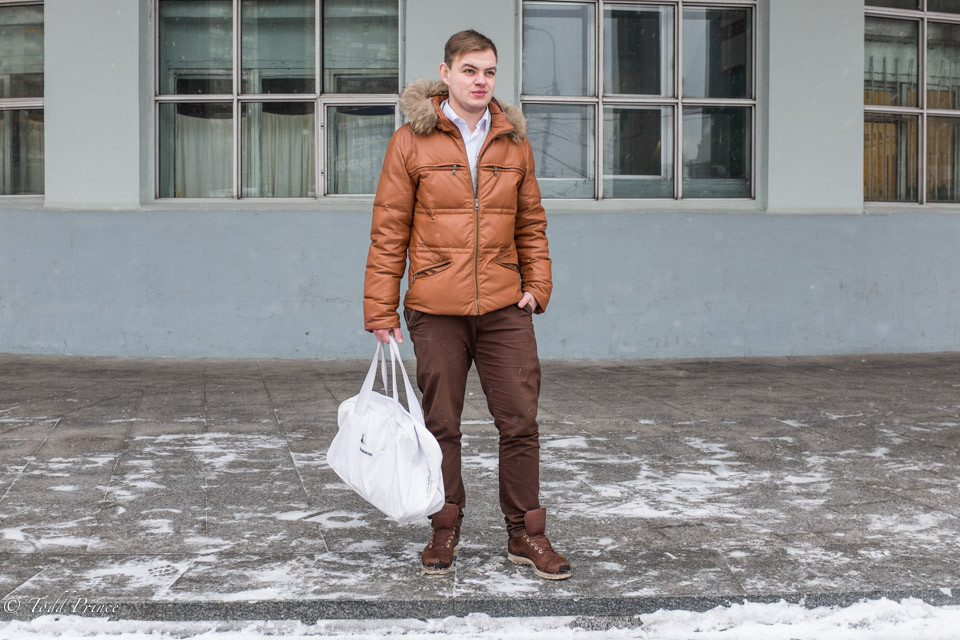 Andrei, 21, was smoking near a metro stopped, dressed in all brown and carrying a white bag. He said he had moved to Moscow about six months ago ”to test myself in this city.” I asked him how things were going. He said they had been going well, until recently. He first found a job at a hotel, but was downsized shortly afterward amid the crisis. Then he got a job at a restaurant, but that went bankrupt. Both the hotel and restaurant owe him some money.

He just got a job selling a device that cleans your tap water. He said he lives in a hostel in a room with two others. He pays about $6 a night. ”You can’t find anything cheaper than that in Moscow,” he said. I asked him where he would be in a year. ”Things change so fast, I don’t know what I will be doing tomorrow,” he said with a laugh. ”But I will be here in a year. I want to achieve something.”

He said many young men from Belarus come here and quickly get disappointed and go back home the minute they face difficulties like not getting paid.  ”They don’t look for solutions and return home to mom. I have lots of ideas.”

Probably like many Belarusian families, he isn’t the first generation in his home to work in Moscow. His dad labored for several years designing furniture in Moscow, including for the office of then Moscow Mayor Luzhkov. He said his dad made a door in the shape of a closet for the ex-mayor that led to a small negotiating room. His dad has a photo standing next to the ex-Mayor

Andrei said he doesn’t speak much with his parents and has been on his own since 16, when he left Vitebsk for Minsk. Andrei said he and his dad are different – his dad has good work skills whereas he has good management skills. 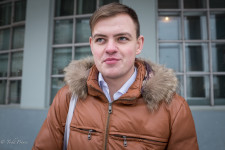 He plans on sticking it out in Moscow 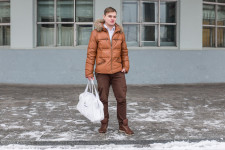 Andrei with his white bag