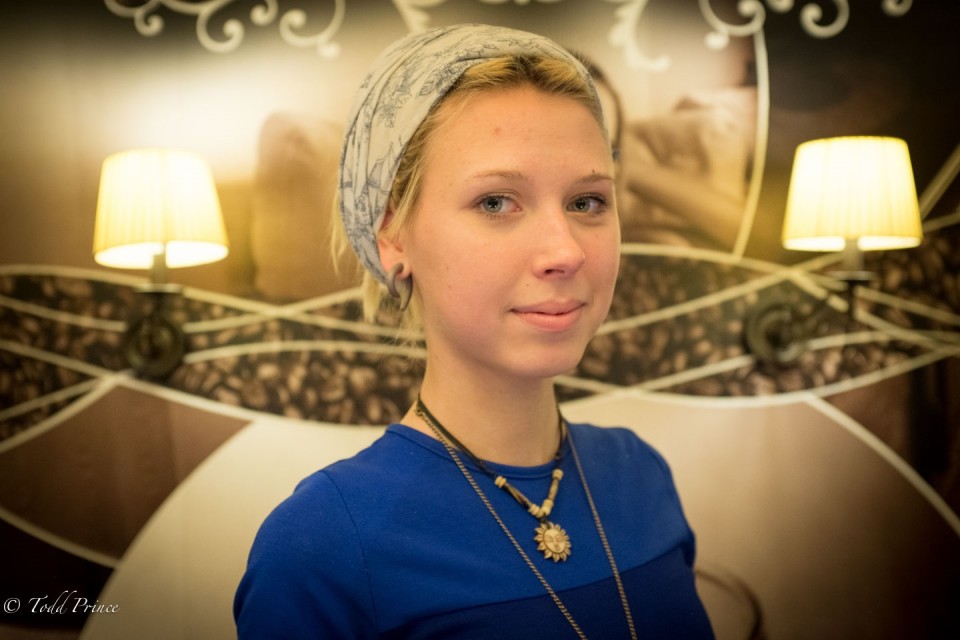 I remember how some friends in NYC changed their look and image rather substantially after one or two years after highschool…Anna, who grew up in a provincial Volga town, entered university as an architecture student in Sept 2013 with brown hair. By January 2014, she had black hair. By June, when I first past her at a bus stop, she was blonde with dreads and ‘India-inspired’ clothing. She said she was on her way to a weekend-long outdoor music festival and dreamed of visiting India. When I saw her again at end of 2014, she said she was taking time off from university, spending her days drawing India motifs and doing yoga.