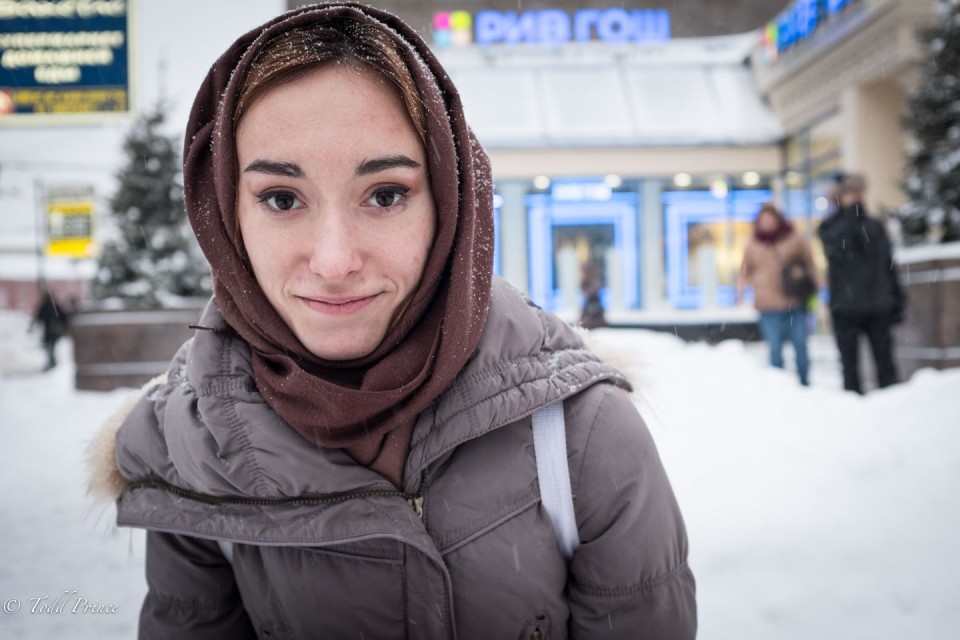 Arina was buying something from a kiosk in a Moscow street underpass, a schoolbag in the form of a Stormtrooper from Star Wars on her back. Arina said she became a Star Wars fan thanks to her older brother and subsequently showed me her Darth Vader t-shirt. She said she wants to become a fashion designer and create ‘something different’… like her unusual schoolbag.