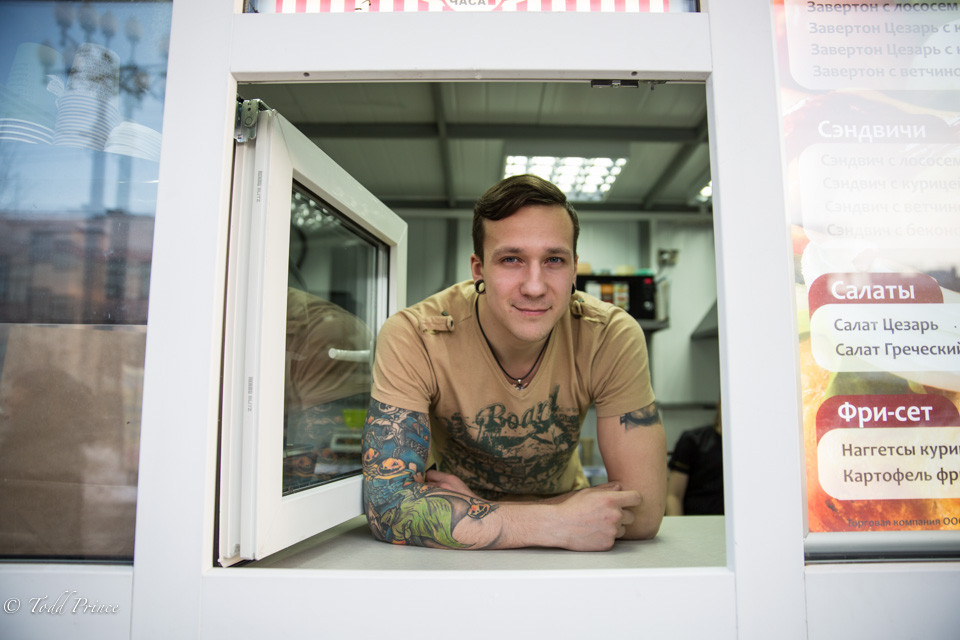 Khabarovsk: I passed a kiosk in the center of Khabarovsk offering coffee and donuts and stopped to get a cup of java. Artyom, 25, opened the window to take my order. He had model-like features with pierced ears and tattooed arms. He said he also worked at a bar and is a drummer in a ‘turborock’ band called Fucknroll. When I asked which western group his music would be closest to, he mentioned Motley Crue and Black River, but added that his group’s music is a mix of styles. I asked if his 4 year-old group would try to play in Moscow and St Pete. “We want to conquer the (Russian) Far East first,” he said.