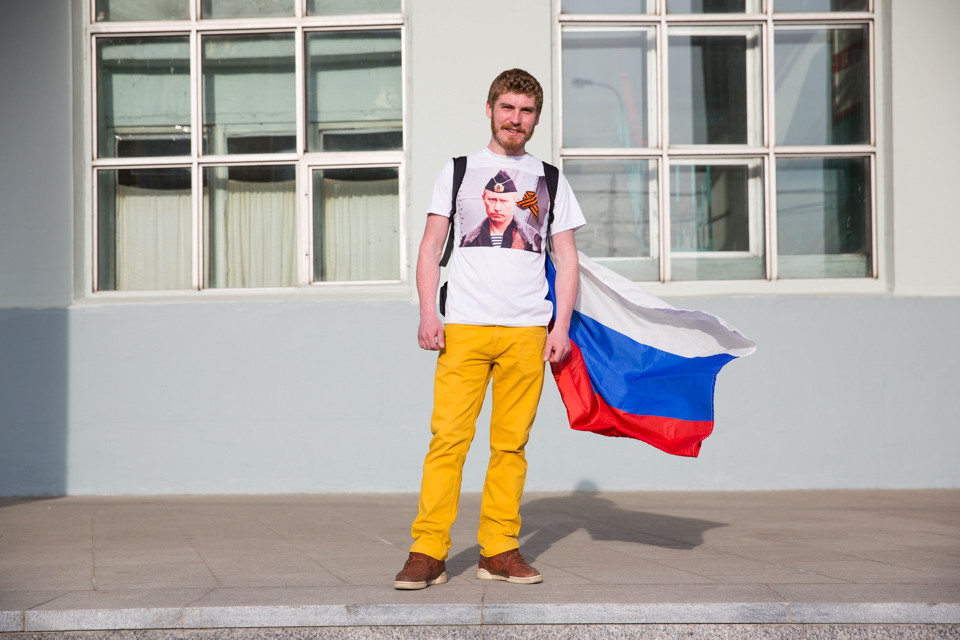 MOSCOW: Daniil, 27, was wearing a Putin t-shirt and had a Russian flag tied to his bag as he walked in Moscow on Victory Day (May 9).

Daniil said he attended an WWII event that remembers family members that fought during the war. Daniil attended the event near Red Square with his mom to remember his grandfather, showing photos from the event on his phone.

Daniil, whose father was murdered when he was young, runs his own small business putting down decorative floors. He said he got into the business after helping a friend one day.

He said he decided to work after completing his military service, rather than finish his higher education.

As for the Putin shirt, Daniil said he had more respect for the Russian President after he refused to buckle under the threat of US sanctions.

As we talked, a police officer approached and told Daniil that tying the flag to his bag was inappropiate and to put it away. 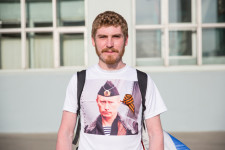 Daniil said he had more respect for Putin for standing up to the US.