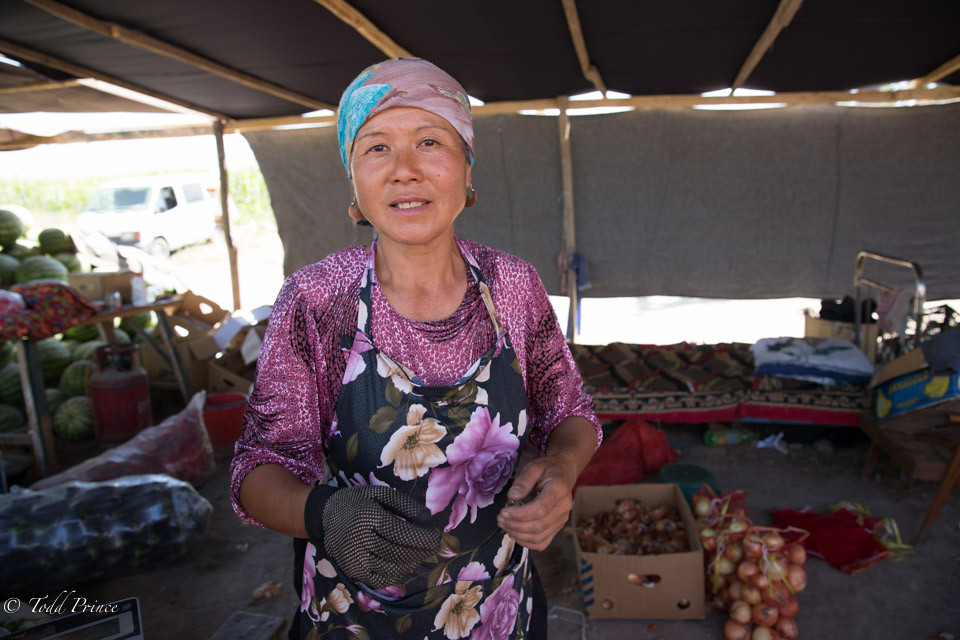 BISHKEK: “It is rare that someone [among Dungan people] enters university. Almost all of them work in the fields,” said this 52 year-old Dungan woman, who was selling fruit along a major road on the outskirts of Bishkek with about 10 other Dungan people.

Dungan people are Muslims of Chinese origin living in Kyrgyzstan and other former Soviet republics. Tents cover these Dungan and their fruit from the hot summer sun. They can rest on beds when their are no clients.

“Children also help with the fruit and vegetables” during their vacations, she said. “I watered onion plants during my childhood.”