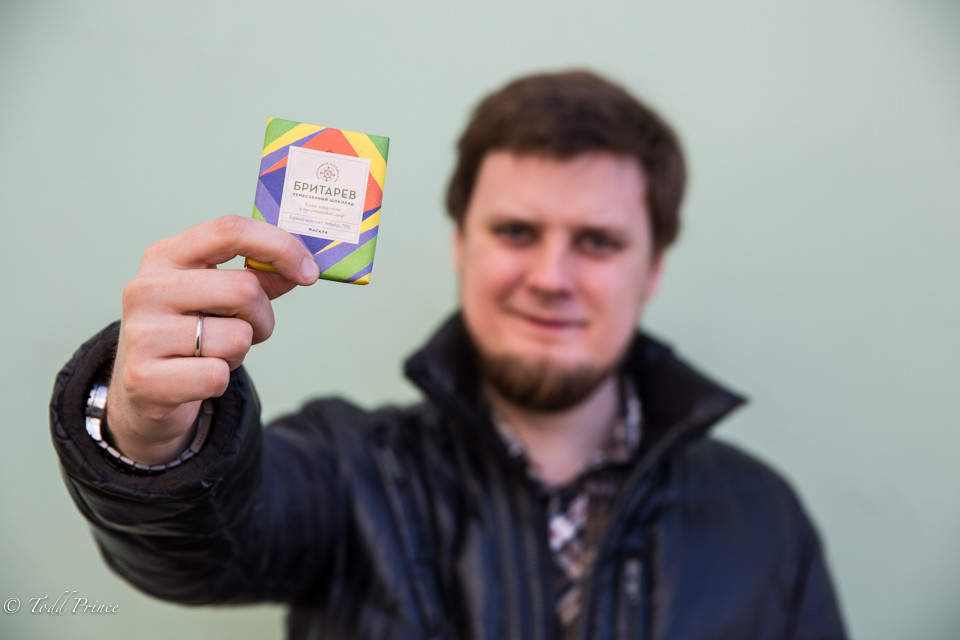 Konstantin, 32, a high-end chocolate maker, has some pretty simply advice for people that want to start their own company.

”If you are going to open a business, make sure it is like a pastry – something that people need every day. It can’t be something abstract.”

Konstantin worked for major international and Russian companies for nearly a decade before taking a risk in May 2012 to start his own company trading cacao beans called ‘Bob Cacao,’ the Russian word ‘bob’ meaning bean. ”I knew that if I didn’t do it now, I will get stuck in a corporate career.”

Within weeks of quitting his job – and with a financial cushion that was equivalent to about two months salary – Konstantin found out his wife was pregnant with their first child. ”There was no turning back,” he said.

Business got off to a rough start. As trading imported chocolate beans has no ‘moat,’ competitors quickly appeared. ”We were struggling to survive. I had a dilemma – either close my business or produce chocolate so that I can’t be copied.”

Konstantin decided the later and now produces cacao-rich chocolate bars called ‘Britarev’ using a 19th century process. His first chocolate was produced in his apartment. Now he has a spot near the center of the city.

He sells his chocolate to speciality stores in Russia, presents it at various Moscow events and is looking to export to the west.

Our earnings ”are not ideal, but we are moving forward.”