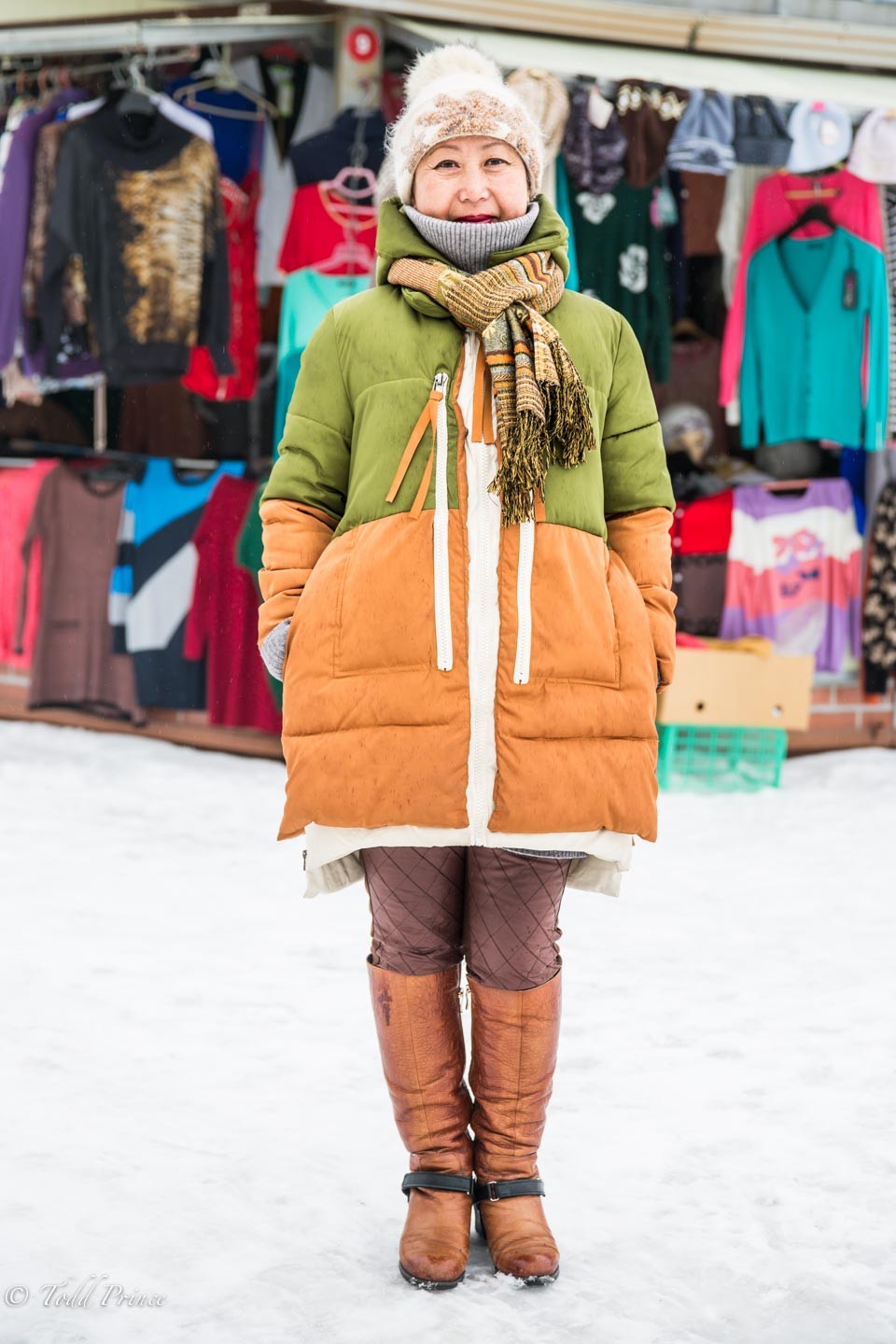 She owns a clothing shop at Yuzhno-Sakhalinsk’s outdoor market in the center of town. A native Sakhalin resident of Korean ethnicity, the 60-year old was dressed colorfully on this slow day. She said her clothing sales have suffered because Chinese goods have become more expensive in ruble terms. She said she travels every six weeks to China to buy clothing.

She said she used to fly to Moscow to buy clothing back in the 1990s, but age makes that 9-hour flight too difficult. She recalled being in Moscow during the 1993 shelling of the White House. She went to the big, outdoor market at Luzhniki on those terrible days, but Russian police closed off the entrance, warning of bombs. She said that her and other buyers snuck in regardless, correctly guessing it was just a hoax.

I asked if she had any desire to move to Korea. She said that her husband want to move, but she is against it. Her daughter is not interested in moving either. ”She is fully Russified,” she said. Maybe not quite…her daughter, 27, still isn’t married, unusual for someone from the Russian provinces. ”People are getting married at a later age like in the West,” she said.