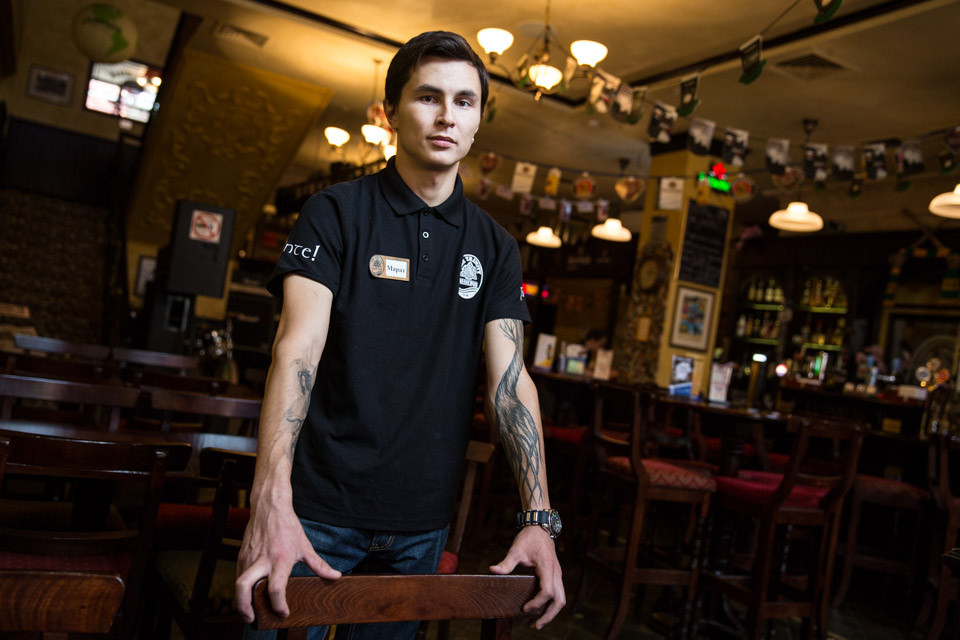 KAZAN: ”When I moved to Kazan, I randomly met a girl on Russian social media who studied at the same university as i did in Perm and who also now lived in Kazan. I sent her a message, we began to write each other and then we met. We have been together ever since,’’ said Marat, who is now married with a child.

His first date with his wife took place on March 8, International Woman’s Day. A year later they were living together.

Marat works in an Irish Pub and now runs its Instagram account, which he enjoys and hopes to develop further. He grew up in the Urals region of Russia, where he got into breakdancing as a teenager. According to Marat, breakdancing was very popular in his town in Sverdlovsk region.

While helping a friend prepare for a dance performance, Marat was noticed by a dance teacher and invited to join her dance team.

Later, when preparing to apply for university, he was recommended to give choreography a shot. After all, the university needed men in the choreography department, he was told. Despite having little formal training other than break and modern dance, he passed the classical and national dance exams.

”Break dance saved me. All dances have the same tricks, they just differ slightly.”

Marat went on to perform weekly why finishing his studies and continued after university as well. However, he realized that there was little future in dance in Kazan.

One day, while walking along Bauman, Kazan’s pedestrian street, his wife recommended he join a restaurant to get quick money. She made her recommendation as they passed an Irish bar with live music.

Marat on the spot decided to apply for a job there and got it. Now, several years later, he is still enjoying the job, but hoping to develop his creative talents and, perhaps, run other companies Instagram feeds. 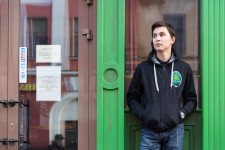 Marat outside the Irish Pub 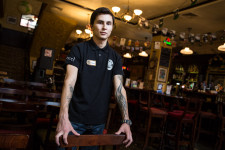 Marat at the Irish Pub.