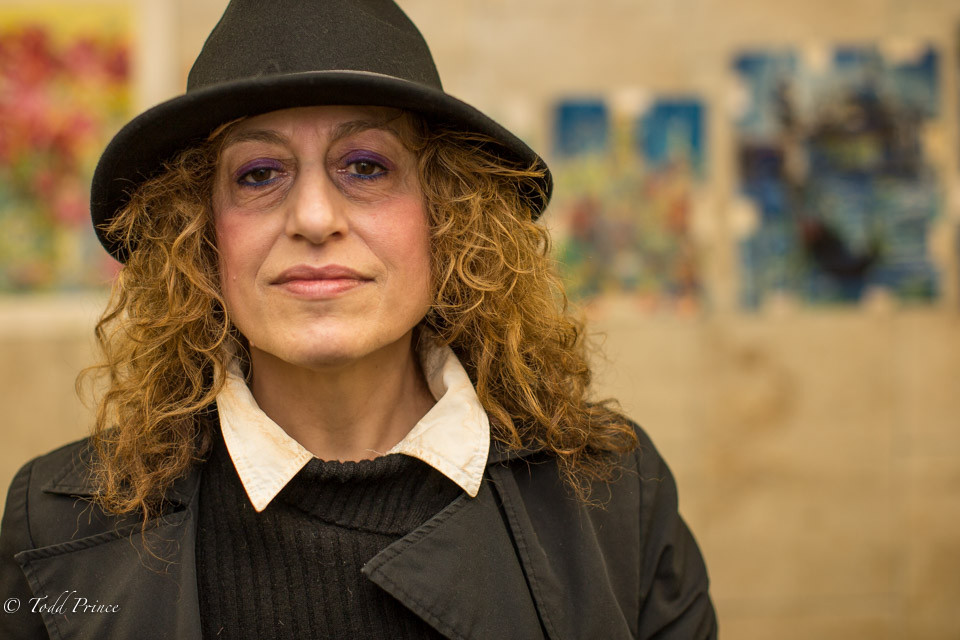 Moscow Street Portrait: I must have passed her 100 times over the years without ever noticing her until she started chating with me as I took photos on Old Arbat pedestrian street. Margarita sells her artwork on Old Arbat during good weather; when its raining or snowing, she sets up shop in the busy pedestrian underground near Red Square. She said she grew up in a Jewish family in Baku, Azerbaijan and moved during perestroika to Moscow, where she worked as an architect, painting in her free time. In 1999, she joined the group of artists that sold their work in the pedestrian underpass in front of Red Square, a narrow corridor that handles more people on a daily basis than probably all the museums in Moscow combined. The artists have long since been cleared from that corridor, but Margarita still ventures there late in the evening when it’s raining/snowing. I asked her what the most memoriable moment was all these years of selling paintings. She said that on her very first day in the Red Square underpass, a man – whom she thinks was American – bought a painting for $50, a large sum at the time. “That sale confirmed that I was an artist.” It helped her earn respect from other artists in the underpath she said. She used part of the money from the sale to buy several bottles of Russian champagne to celebrate her success with the fellow artists.