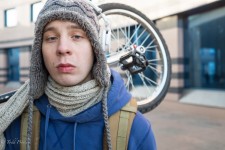 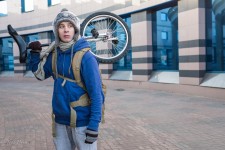 I have seen a few people in Moscow on a unicycle over the years, but almost always at a park. Nikolai was riding near a metro station and I asked why. He said he was a student at Moscow’s circus and arts academy and was trying to improve his riding ability. He said his parents realized early on he wasn’t headed for an academic career and enrolled him in Moscow’s only grammar school with a circus focus. Nikolai says he hopes someday to organize his own circus show and knows his life will always be some way connected with the circus and/or magic performance.