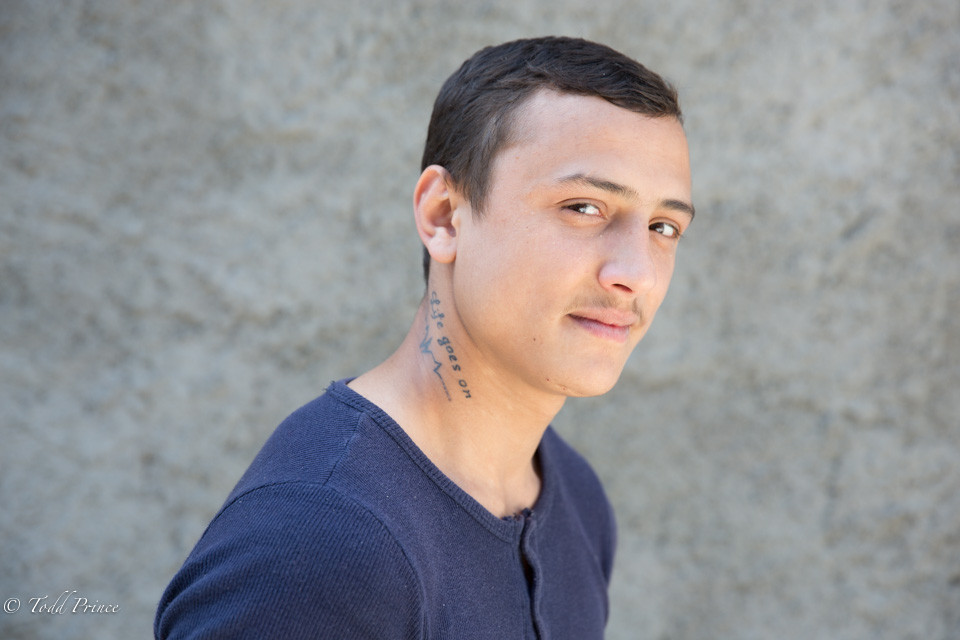 BATUMI, GEORGIA: Oleg, early 20s, was hanging out at an outdoor market in Batumi when I noticed the tattoo on his neck.

It read: “Life goes on” with a heartbeat line beneath the words. He said he was born in Moldova, but moved to Batumi as a boy.

He said his Russian father then died, his mom began to drink and mismanaged their money. Thus, he left school to pick tea leaves in nearby Turkey sometime around age 14.

He said the other Georgian men whom he traveled with in those days protected him.

A divorced father with a small knife scar on his stomach, Oleg said he still travels to Turkey to pick tea.

He said the tattoo reflects he isn’t giving up despite the tough life. ‘God put me here on this earth after all for some reason.’ 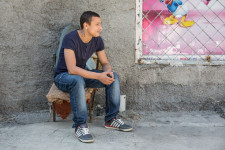 Oleg had ‘Life Goes On’ tattooed on the side of this neck.