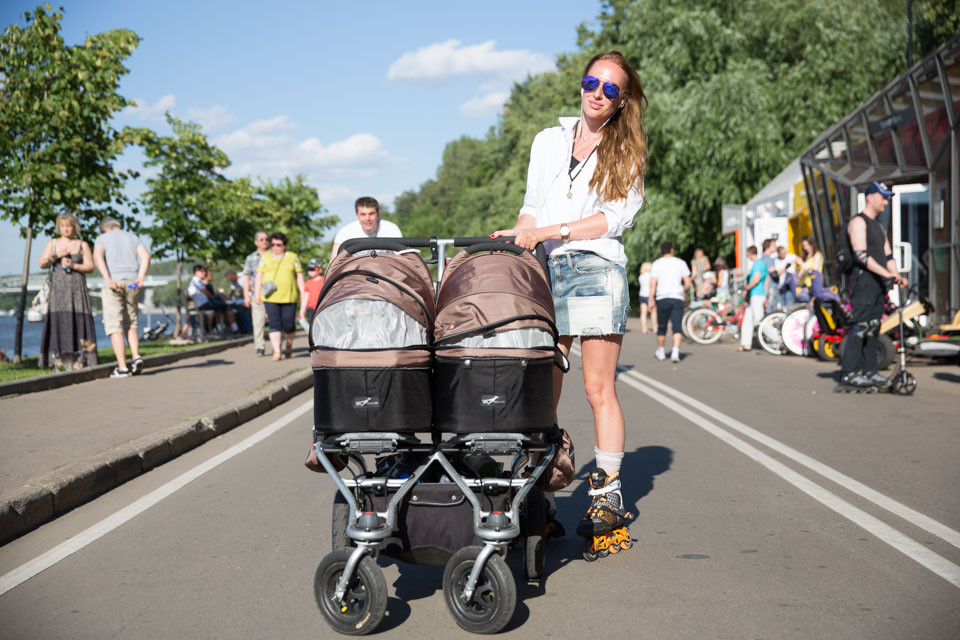 MOSCOW: Rada was skating along the Moscow River as she pushed her 5-month old twins Adelinа & Angelina in a carriage.

Over the past year, I have started to see people skating or running with a carriage, but never with two babies.

Rada started rollerblading with the twins a month ago. Depending on the weather, she rollerblades 2 to 5 times a week.

The round trip lasts about 5 hours with a 2-hour break at Gorky Park. Rada says its very convenient: The babies get a long-period outdoors while she gets a chance to exercise, tan & meet friends all without being away from the babies.

‘’5 years ago, it wouldn’t have been possible to image this” in Moscow, she said.

People’s reaction surprised her – they smile & give a thumbs up. Rada taught herself to skate at age eight.

Those first skates belonged to her friend that lived in the same building, thus she only skated a few times during the summer.

Now, for the first time, she has her own skates.