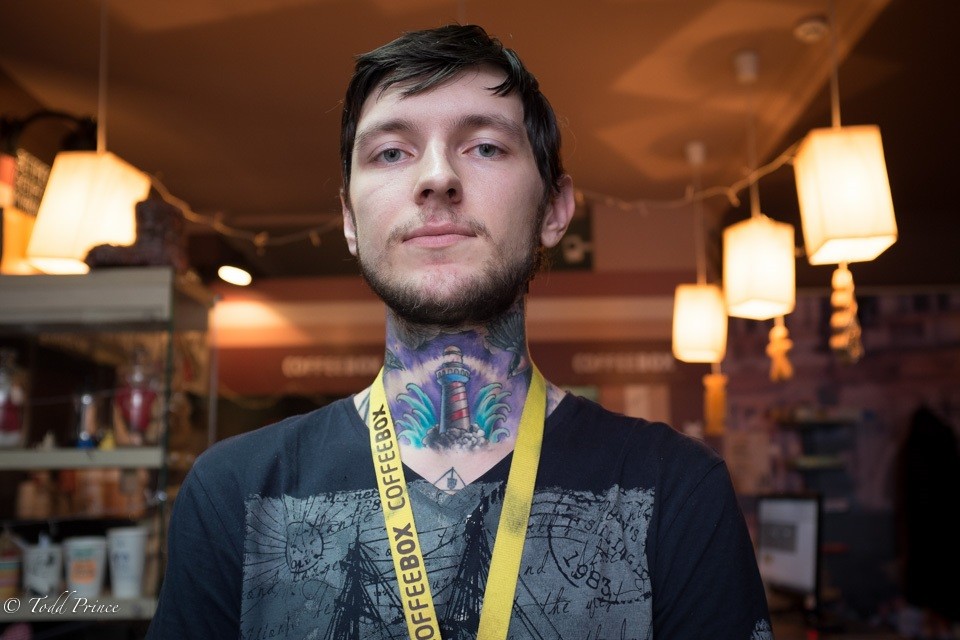 Roman, a barista at a Minsk coffee shop, had a lighthouse tattooed on his neck. He said “a lighthouse is a symbol of hope to sailors” and for him it is a reminder to see hope around him ‘and not to despair.’ He said he studied medicine and then worked in physical therapy, but didn’t stick with it as the pay was so low. I asked if he made more as a barista. He said as much as double.