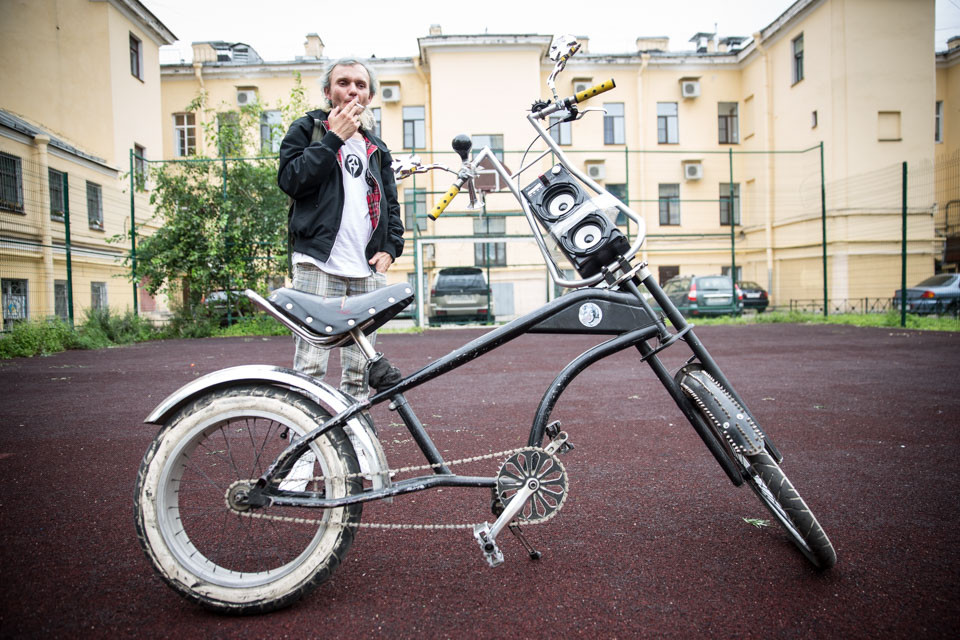 St. Petersburg: Roman was slowly riding his chopper  on the back streets of Nevsky around 3pm in the afternoon, rock music blaring from the radio he attached to his bike. Roman said it was the first day of his two-week vacation.

Several people can be seen each day on such custom-made bikes in the center of St. Petersburg. There is even a chopper bike group that meets regularly in St. Petersburg.