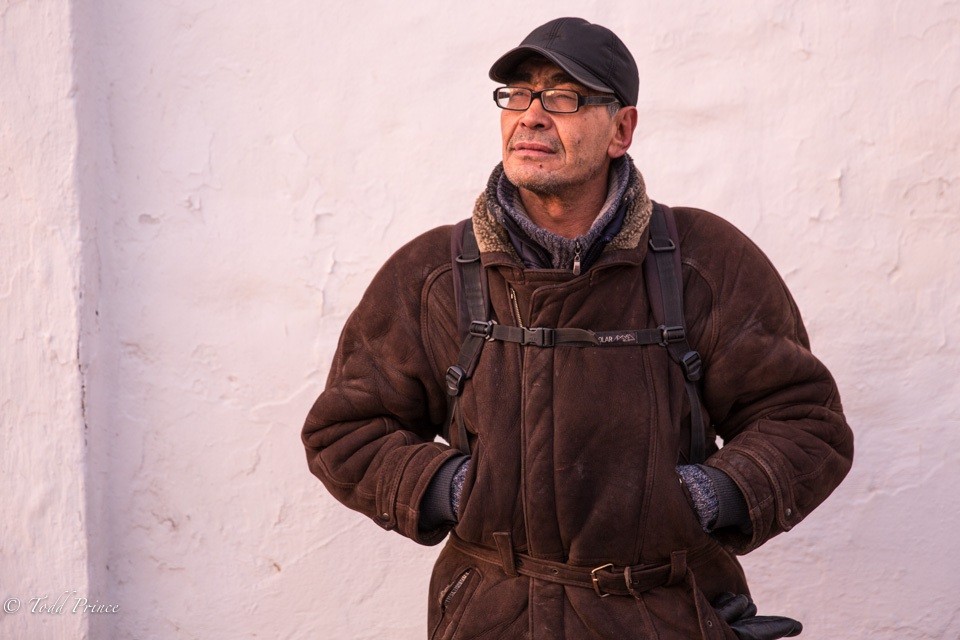 Occasionally, people I photograph tell some unusual stories, that I question their validity. This was the case with Roman, who approached us in a church in Kolomna (Moscow region). Quite knowledgable about history and religion, Roman said he has been traveling around Russia for the last few years after his wife and daughter were killed, leaving him with nothing really to live for as he put it. He said he was Uzbek by nationality, but raised in an orphanage mainly in Russia. He went into the army and served in Afghanistan. He said he was headed to the south of Russia where it would be warm and where the people are hospitable and may settle there.