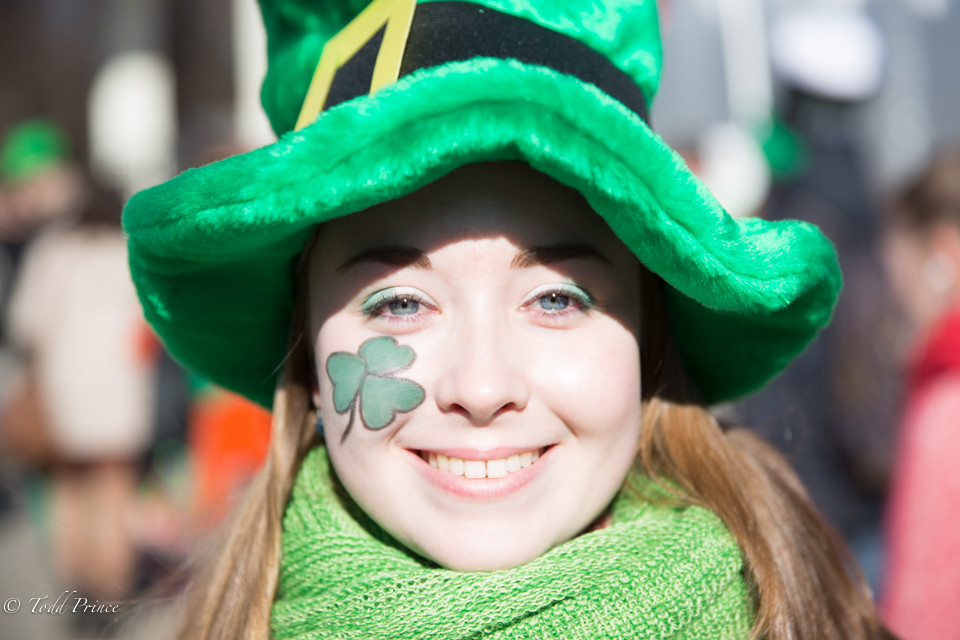 Sofia, 20, was among the few thousand attendees at a St. Patrick’s Day celebration in Moscow. She was standing near the entrance of Sokolniki Park in a green scarf, green shamrock hat and with a shamrock painted on her face. She was holding a sign that said ”free hugs.”

Sofia said she is studying English and Korean at university and has visited Korea twice. She said she wanted to take an oriental language as she already knew French well.

Sofia said she comes from a family of doctors and dreams of being a medical translator of Korean-Russian and English-Russian. I asked why Sofia why she didn’t follow in her father’s footsteps to become a doctor if she enjoyed the medical industry so much.

”I have problems with physics and chemistry, but no one said you can’t be a medical translator.”