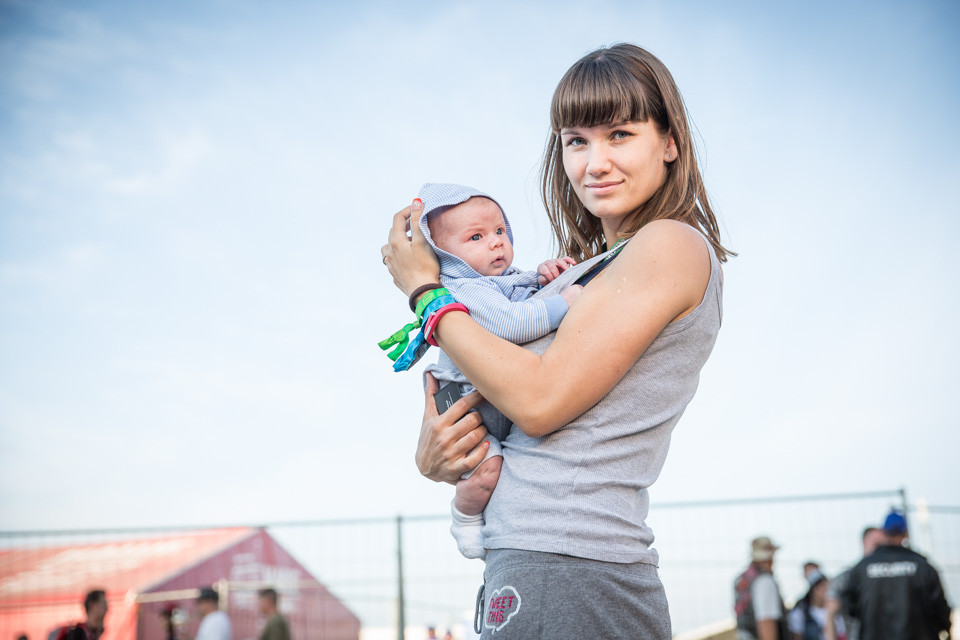 TVER OBLAST: This is probably the youngest of the nearly 200,000 visitors this year to the annual Russian rock festival Nashestviye.

He is one month old. Mother Svetlana, 27, has been coming to Nashestvie for 6 years. This is her 3rd child.