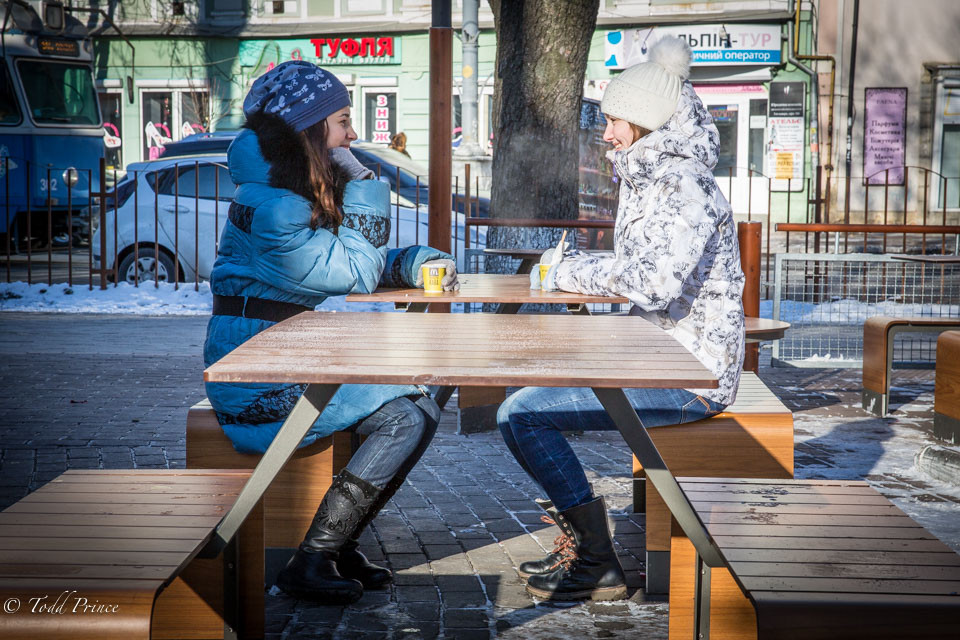 It was one of those days that Pushkin raved about in poems….a cold, sunny, winter day. The temperature was close to -16c  (zero F) in this part of Western Ukraine as I passed two high school girls sipping espresso in the outdoor seating area of McDonald’s. I had to ask them why they were sitting in such cold.

”Go take a look inside,” said Sasha, sitting on the left, implying that it was packed in the inside. I asked them about high school and college plans. Lena, on the right, said she loved languages and would like to be a foreign languages major. She highlighted Japanese in particular. Sasha said she might choose biology.

As they were speaking to each other in Russian when I approached, I asked if they were Russian. Lena said she was Ukrainian while Sasha said she was Russian. I asked Lena if both her parents were Ukrainian. She said one was Russian, the other Ukrainian. Sasha immediately responded that her parents were also half and half….but then added that the ‘Russian’ parent was half German and the ‘Ukrainian’ parent was half Polish.

The conversation underscored the complexity of national identity in the former Soviet Union, where so many people have mixed heritage.