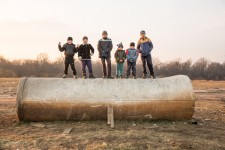 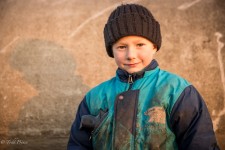 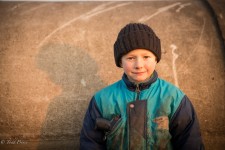 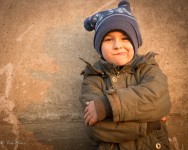 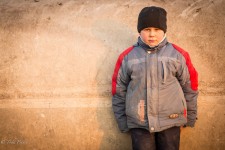 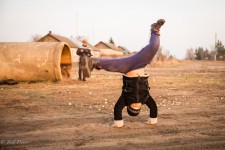 Visited a farm in a village about 120km from Moscow. After the farm visit, I took a walk around the village and saw about 8 children and teenagers playing what seemed to be war games in front of their home as their parents worked nearby. Quite a few of them were brothers and cousins. I will post a few portraits of them.

He was probably the youngest – and perhaps therefore the shiest – of the group of kids playing in the village. I didn’t initially notice the toy gun in the top pocket (left side of photo).

Another of the boys from the village 120km from Moscow. He chose the pose himself…begs the question what he watches.

Another boy from the village doing his best job to fulfill the old stereotype that ‘Russians don’t smile.

This boy from the village wanted to show me his gymnastic skills. He was the most outgoing of the group snd practiced a few Englidh words with me, He was playing what seemed to be some sort of ‘cops & robbers’ or war games with his friends, using a concrete cylinder as a hiding place. You can see his friend in the background with a toy machine gun as well as the concrete cylinder.