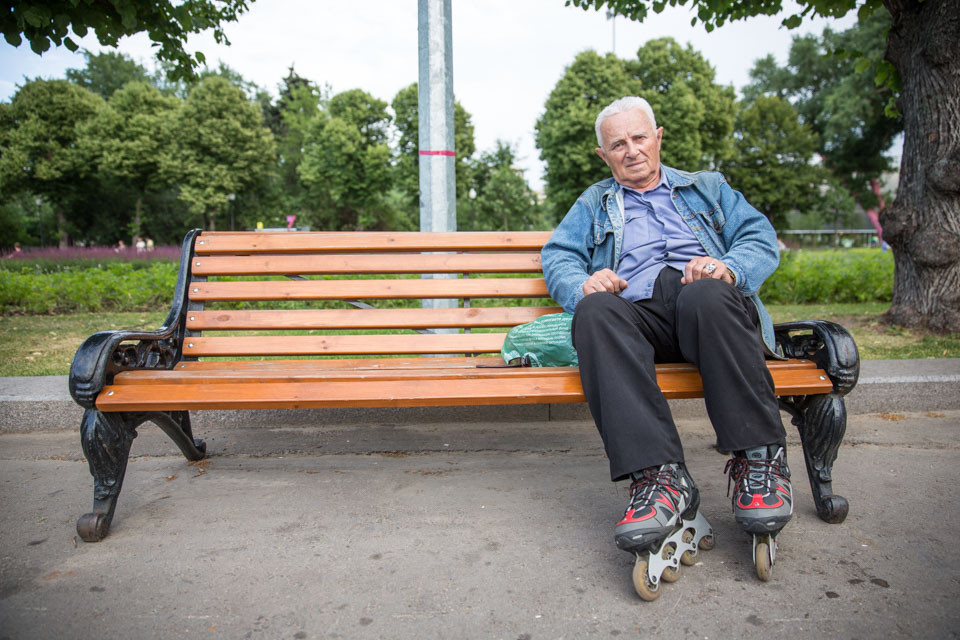 MOSCOW: Vladimir, wearing dark sunglasses, was talking to the babushka sitting next to him on a bench in Gorky Park as he took a break from rollerblading.

The career machinist said he took up rollerblading three years ago at the age of 75 because he had always been good at ice skating. ‘’I taught myself to rollerblade,’’ he said.

Vladimir said he first put on a pair of wooden skates around the age of 7 while growing up in Tver oblast. The wooden skates had a thin piece of metal wire at the bottom.

He would hold onto a rope and be pulled. He said he recently taught a woman in her 30s to rollerblade. A master of sports in shooting, Vladimir said he will turn 78 in September.

When I took a closer look at the photo, I noticed a metal ring with a skull on it, the type you might see a rock music fan wearing. 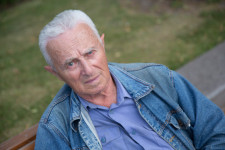 Vladimir was a career machinist.

Vladimir, who turns 78 in two months, was rollerblading at Gorky Park.