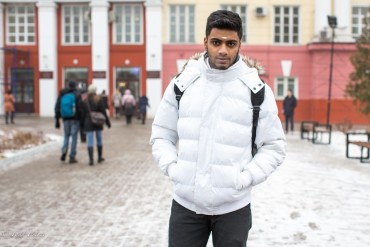 One thing that surprised me about Kursk was the number of foreign students there. Kursk is the home to one of Russia's top medical schools with classes in English language. Jeevith An, the first Malaysian I have ever met in Russia in more than 10 years living here, studies at Kursk Medical University. He said it is attractively priced, about half the cost of med school in Malaysia. With the recent fall in the ruble, the school has become even cheaper for foreigners. Jeevith said he wants to be a heart surgeon and will intern back at home during the summer. 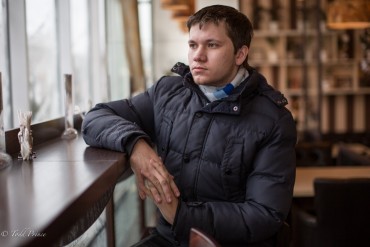 While showing me around Kursk, Ivan, a foreign languages graduate student, shared with me a memorable conversation he had with his grandfather. He said his grandfather, a native Azeri, didn't like watching WWII films because it brought back bad memories. "He told me war was pure hell, watching your friends die." Like many of his generation, his grandfather lied about his age to fight. When they were celebrating his 80th birthday a decade ago, he was actually 79. 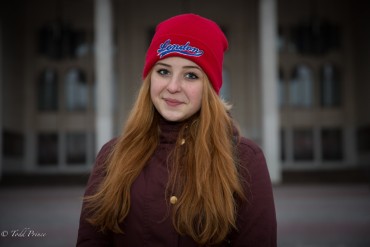 Masha was walking back from university in Kursk sporting her London hat. She said she was studying economics, following somewhat in the footsteps of her mom, who works at a bank. She said the biggest event in 2014 was finishing high school as "it's the start of adult life. You have to become responsible, make your own decisions." She said one of toughest things about university is getting used to new classmates. She said she would like to stay in Kursk post her studies to be near family. 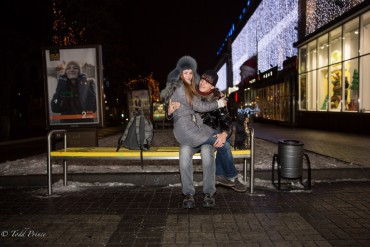 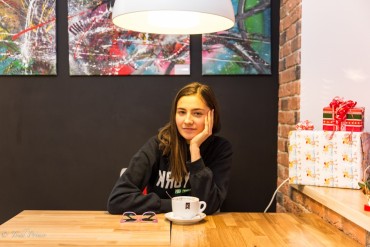 After a 75 minute bus ride from Gus Khrustalni to Vladimir, I had 1.5 hours to walk around the historic town before my 2-hr train ride back to Moscow. I went looking for coffee and passed a colorful cafe with big windows that probably opened a year or two ago at most. Paintings were on the wall...it was a place you might find in NYC. As I sat down, I saw a young woman in a NYC shirt with pinkish-rimmed glasses. She had been reading, but was getting ready to leave and I walked over to chat about her studies and dreams. Zhenya said she was finishing her university degree and, after much thought, had finally realized what she wanted to do in life...at least in the mid-term: 'I want to draw, to create something intellectual.' She hoped to continue her studies either in Moscow or abroad, where she felt educational demands and job opportunities would be better than in her native Vladimir. Considering her artistic interests, it was not surprising to find her at home in such a cafe. Notice the artwork on the wall behind her. 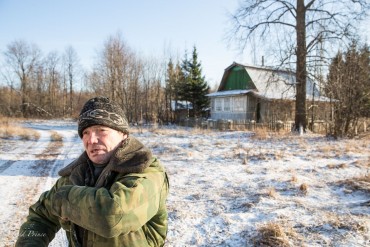 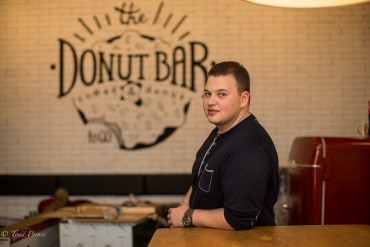 As I planned a trip to Kursk in central Russia, I did a search on Instagram to find interesting spots to photograph and saw a few photos of a hip-looking cafe. It was still in process of being built, due to open today. I popped by and found one of the owners - Dmitry - busy working on the final touches. He said he had wanted to open a cafe for some time and was looking for the right idea. He and his friend came up with making it a coffee + donut shop and trained to learn to make donuts. He is so confident there is demand for such a place in Kursk and surrounding areas - and I agree with that assessment post my visit to the town - that he is working on opening a 2nd one and may franchise it. He is not worried about the ruble - people will trend down he says from spending money in expensive restaurants to more affordable spots like cafes. 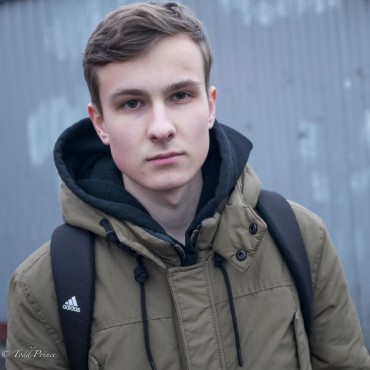 This university student was eating some street food with two mates. I asked him if he cared about the ruble volatility. He said the ruble volatility didn't interest him as he doesn't have a source of income. His parents are state workers and he doesn't think it interests them either. He heard that the ruble drop could lead to higher inflation next year, which is a bit worrisome. He said he is majoring in philosophy because he is interested in such questions as what is man and understanding the world around him. 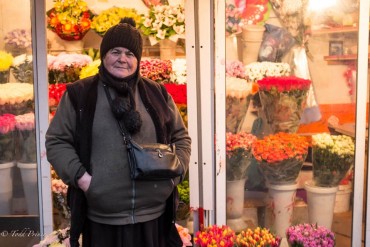 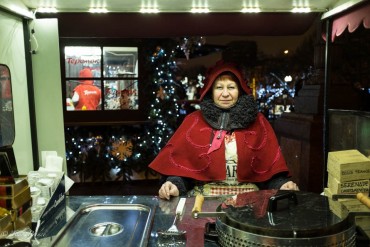