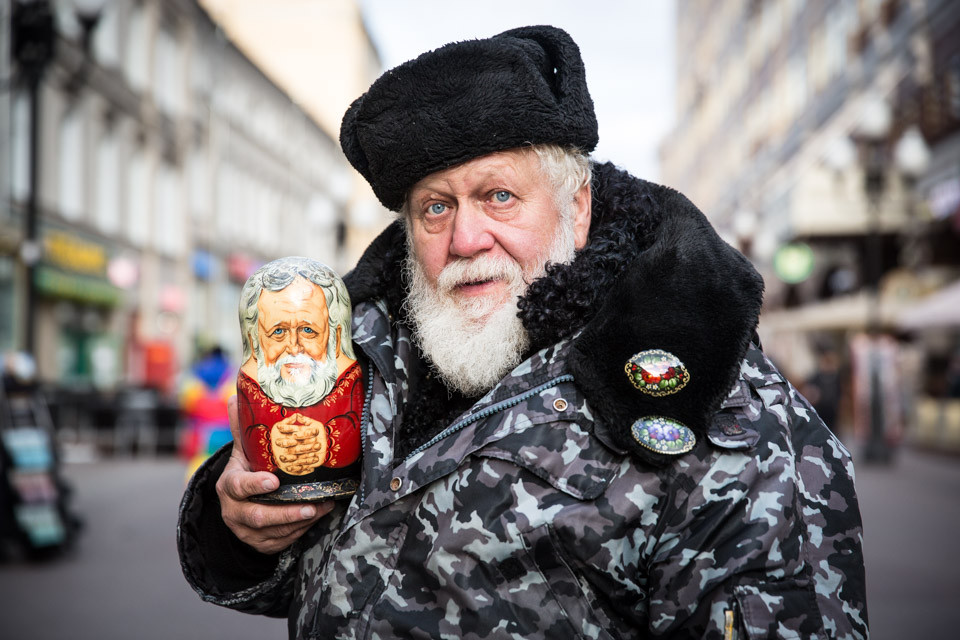 MOSCOW: ‘’When the first satellite was sent into space, my father came home with a bonus, cash, in his hands. It was so much, that you could buy a Volga car,’’ Vladimir said, recalling one of the happy childhood moments.

His father worked as an engineer at a rocket factory in central Russia and Vladimir would eventually follow in his foot steps, working at the same factory. However, life changed with perestroika and since then he has been selling his own hand-made matryoshka dolls on the popular Arbat street in Moscow.

When I asked how business was, he complained that tour guides visiting Arbat recommend their clients but in stores (where the guides can presumably receive a commission). Journalists sometimes interview and film him. And while it may be a good piece for the news agency, it doesn’t bring him any new business.

‘’I have hope every year, hope that things will get better, but it doesn’t come. It reminds me of communism, which is visible on the horizon. But the closer you move to it, the further it moves from away.’’ When I asked his age, he simply said that he is younger than he looks, hinting that life life hasn’t been that easy.