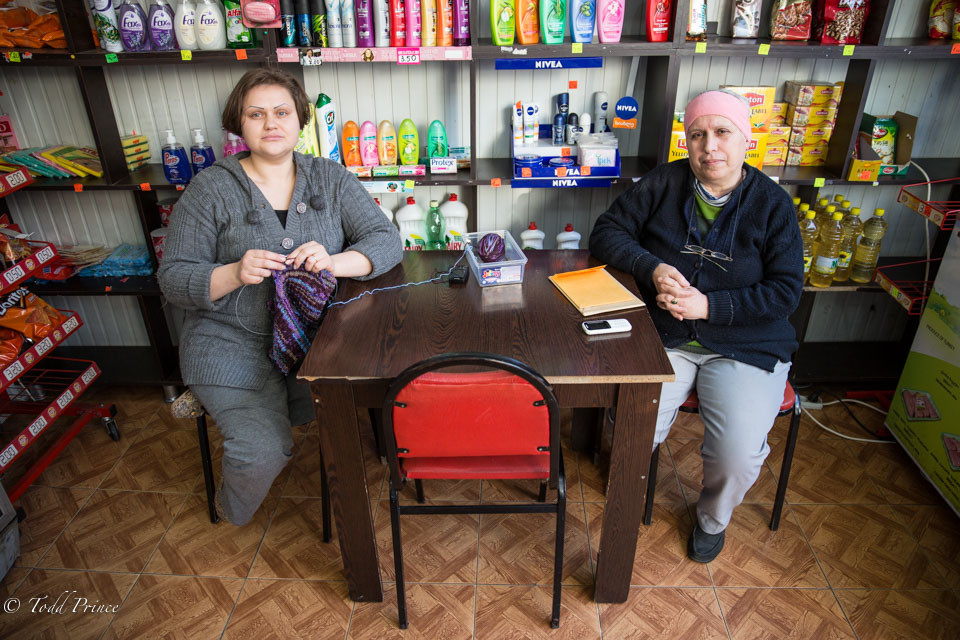 BATUMI, GEORGIA: Marina (left), 32, was knitting baby clothing in her Batumi convenience store as she talked with three older friends.

Marina, who is married to a Turkish man, joked it was a little Soviet Union – she is Ukrainian while her friends were Armenian (right), Georgian & Russian. (The Georgian and Russian women left before I could take the photo.)

Marina invited me to chat about life, and the USSR of course came up. They lamented the collapse because their is no job stability like there was in the USSR, they said. People can’t survive on their pensions, they said.

“Life is difficult – we work hard, but have to dress in second-hand,” said Marina, her Armenian friend adding, “We had a life then. Now we simply survive. Ask anyone my age and they will tell you the same thing.”