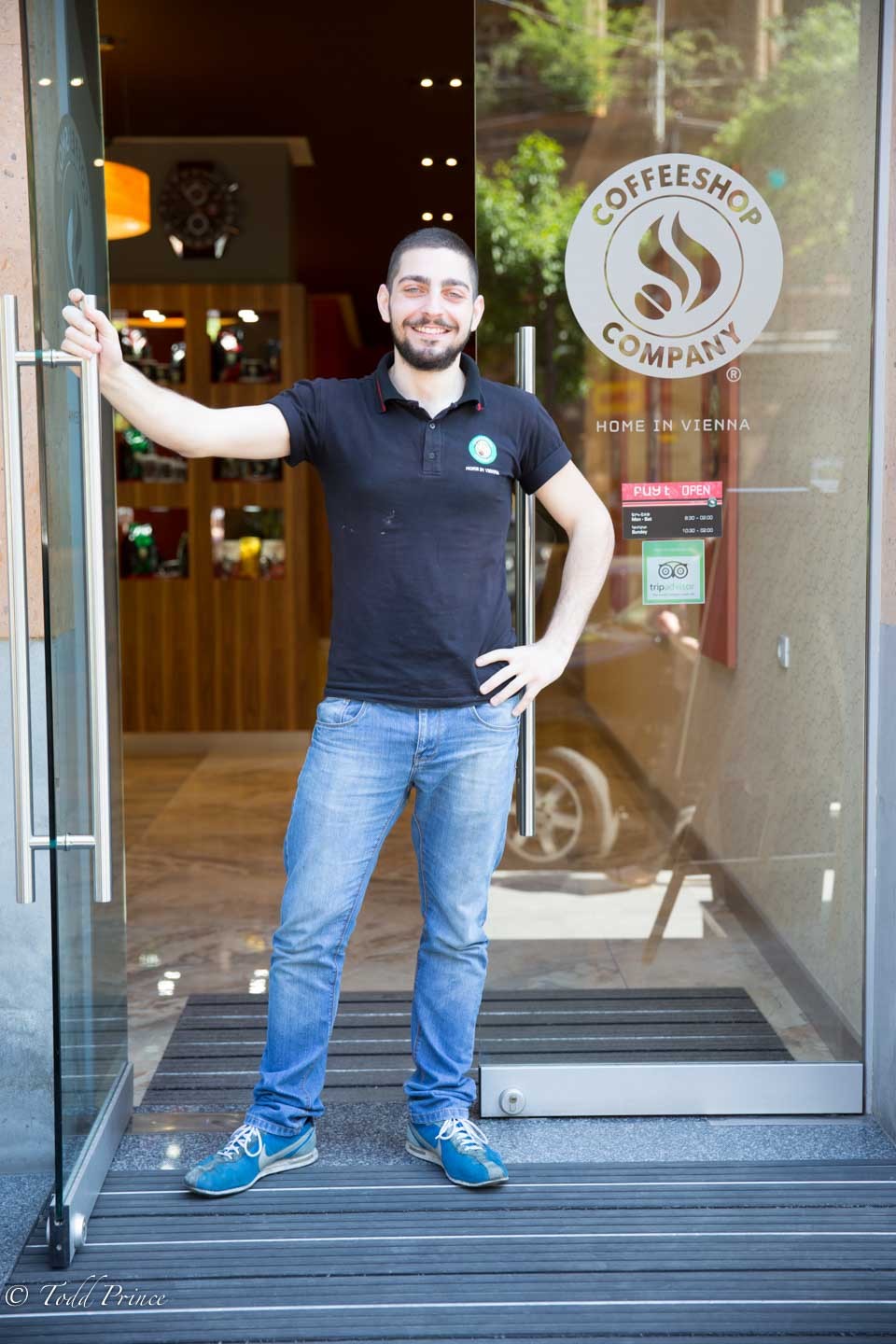 YEREVAN, ARMENIA: The TV screens in this Yerevan coffee shop were airing an American baseball game (LA Dodgers), which is very unusual as the sport is not popular in ex-USSR.

I thought that maybe the workers were Dodgers fans because many Armenians live in California. But I was told it was because the barista Pierre liked sports.

Pierre, 22, told me he played professional basketball … in Syria, where he was born to Armenian and Syrian parents. He was a foward for Al Aroube (A.G.B.U), but left 4 years ago to escape the war.

He said there is little opportunity to play organized basketball in Armenia. 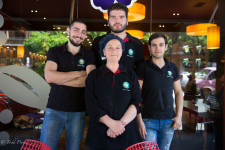 Pierre with co-workers outside their Yerevan-based cafe. 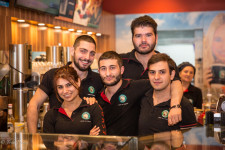 Pierre with co-workers inside their Yerevan-based cafe.