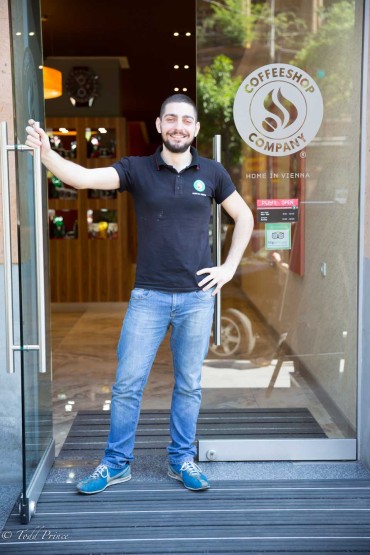 YEREVAN, ARMENIA: The TV screens in this Yerevan coffee shop were airing an American baseball game (LA Dodgers), which is very unusual as the sport is not popular in ex-USSR. I thought that maybe the workers were Dodgers fans because many Armenians live in California. But I was told it was because the barista Pierre liked sports. Pierre, 22, told me he played professional basketball ... in Syria, where he was born to Armenian and Syrian parents. He was a foward for Al Aroube (A.G.B.U), but left 4 years ago to escape the war. He said there is little opportunity to play organized basketball in Armenia.