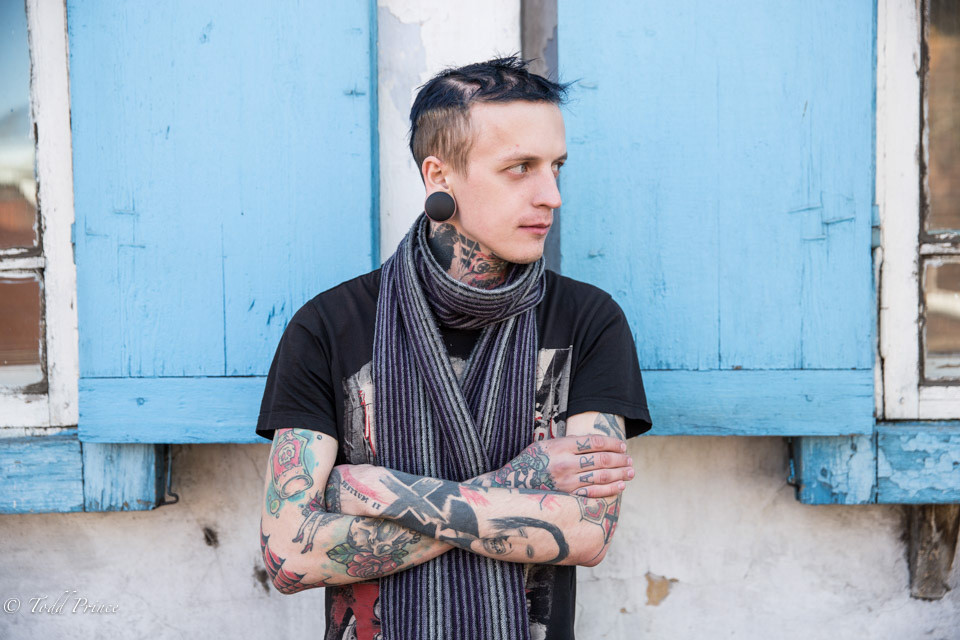 ULAN-UDE, EASTERN SIBERIA: Sergei, an IT specialist for Russia Post, said his physical appearance began to change three years ago after a stroll with his older sister along ‘Arbat Street’ in Ulan-Ude.

“She told me she wanted a tattoo and I said I wanted one as well. I simply wanted a change in my life.” He then got one … then a second, a third and so one.

He has about 30% of his body covered in tattoos, but doesn’t plan to stop. “I want to cover my whole body,” he said. One of his favorite tattoos is a portrait of singer Marilyn Manson (visible on his arm).

Sergei said he loves his job and his colleagues, and that one of his dreams is to take a long road trip by hitchhiking.

Sergei would like to hitch-hike to a foreign country.

Sergei said his favorite tattoo is a portrait of Marilyn Manson