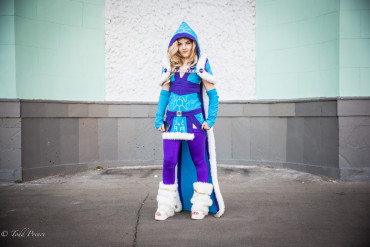 MOSCOW: Alina, 16, was walking around VDNKh Park in Moscow dressed as the Crystal Maiden from Dota 2. Alina, who grew up in Chita in the Eastern Siberia, said she is a cosplay fan. It took her about a month to make the dress herself. She said she may have gotten some of her creative talent from her father, who likes to draw. He still lives in Chita. Alina may not be the only one in her family influenced by him. She said her older sister is studying clothing design in Novosibirsk. 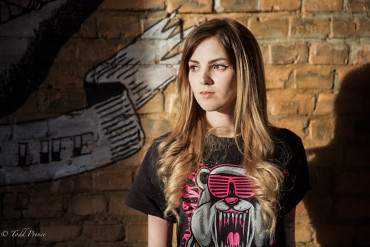 CHITA, EASTERN SIBERIA: Dasha, 21, works in a barbershop in Chita, but grew up near Barnaul and lived briefly in Novosibirsk. I asked how she ended up in Chita...Love took her there, she said. Dasha said she met a boy via social media back in 2010. In 2012, at the age of 18, she moved to Chita to be with him. I asked Dasha what her mom, a school English teacher, thought about her move. "She said if that will make me happier, then I should go [to be with him]. Dasha said she prefers Novosibirsk to Chita and will decide where to live when her boyfriend finishes university. Dasha said she wasn't in a rush to tie the knot. "Many girls get married at a young age and then divorce shortly thereafter." 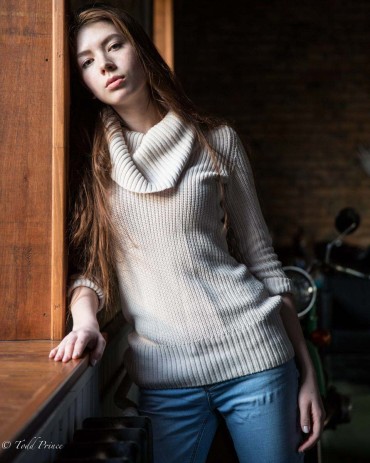 CHITA, EASTERN SIBERIA: Alyona, 19, works part-time as the receptionist at Chita's only old-school barbershop while attending university. She said she is studying journalism, wants to write about sports, but feels she has little opportunity to do that in a small town. "There are few interesting subjects here to write about, so I would have to leave to Chita to work as a journalist." Alyona said Novosibirsk has more opportunities and that several friends and acquaintances from Chita have moved there. I asked Alyona, who practices the drums and goes to the gym 3 times a week, why she decided to work. She said she needed moneyto fly to Moscow (six hours) to attend a concert by the group Louna, an alternative rock band. She wasn't sure if she would be able to go. 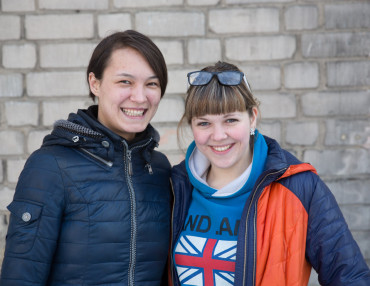 CHITA, EASTERN SIBERIA: Irina, 22, was hanging out with her friend - also named Irina - in front of a Chita university dormitory on a weekday afternoon. Both said they were studying to become teachers. Irina, left, said she grew up in a small village situated on a hill in Chita region and from the age of seven would go skiing with her cousin. "We would pretend to compete with each other," she recalled. "That is probably why I chose physical education." Irina said she will finish her teacher studies next year, but will not pursue education because "teachers don't earn much." Instead, Irina said she will enlist in the army and that her family supports that idea, pointing out that women aren't sent into hot spots to fight. Russia has raised wages of teachers, doctors and military significantly over the past decade. But according to locals in Chita, where there are many military personnel living, the armed forces have seen a bigger increase. This, the locals say, may explain why there is a lot of housing construction at the moment in the city.

CHITA, EAST SIBERIA: Andrei, 21, grew up in a small town in East Siberia near the Chinese border that is probably best known to foreigners as the place Mikhail Khodorkovsky was imprisoned. Andrei moved to study in the regional capital of Chita, a city of nearly 400,000. It seemed at the time a big city. Like many university students, he spent some nights visiting local Chita nightclubs, which gave rise to a dream to become an MC. He said he pursued that goal, first performing at children's parties before landing an MC job. Then he saw an ad for a local entertainment host on CTC TV, one of Russia's largest television networks. He applied and got the job. "If someone told me when I was in high school, that I would become a TV host, I would  never have believed them." Andrei says he feels he has reached his career limits in Chita, which no longer seems to be that big of a city to him. He plans to give a 1mln population city like Irkutsk or Krasnodar a shot, even if that means arriving in those towns with just his bags and no job. 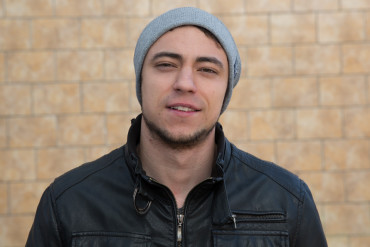