Russia Street Musician Series: Andrei strumming his guitar as people walk by him in the Voronezh street underpass.

Andrei was playing a guitar in a pedestrian underpath below one of Voronezh's main roads. He said he lives in the suburbs and studies math and physics. He said he may become a teacher 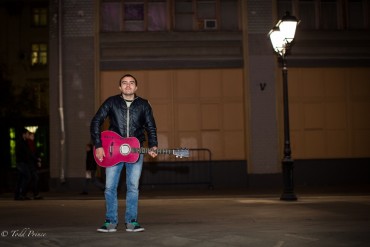 Zhenya was taking a cigarette break when I saw him with his red guitar in a side street a stone's throw from Red Square. He said he was born in Ukraine and then moved to a small town in Rostov oblast, near the Ukraine border. A welder, Zhenya says people in Moscow put too much emphasis on money and material goods and that society has become more divided as a result. He said he prefers small town life. 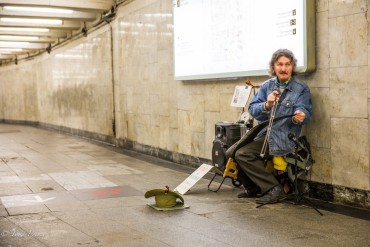 Sergei creates music using a saw, playing classical songs. He mainly plays in the underpass near Red Square. He said he grew up playing the guitar in Altai in Siberia and then studied the contrabass at university. About 15 years ago, he take up 'the saw.' The unusual skill has enabled him to travel abroad as well as around Russia. 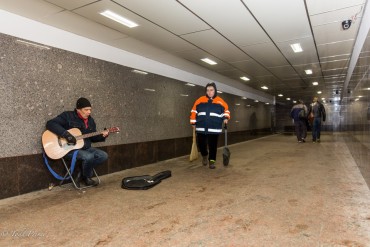 Another photo of Dima playing music as a city works sweeps cigarette butts and dirt around hit. Dima was singing a song by Tantsi Minus that translates roughly as "I am coming for you," a love song. It was coincidental that the woman just happened to be walking by as he sung that song. 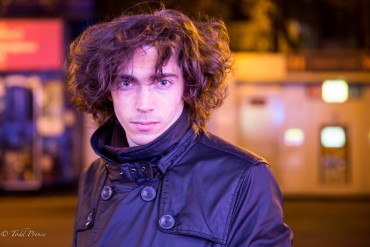 I approach the people I photograph 99% of the time. Valery is among the 1%. While taking a boring photo of a restaurant at night on Old Arbat with my tripod, he walked up and said he would like to ask a question. I told me to fire away. He said he worked at a theatre as a sort of handy man, but rock-n-roll was his life and he needed someone to photograph and shoot video of him and his group. I was a bit suspicious considering the late hour, empty street and his dramatical behaviour, so asked him to sing some of the songs he said he composed. He sung me a song that might translate as 'Queen with a Top Rating'. The song is about a guy that falls for a girl drinking vodka from a bottle. I will post a short video of his performance. 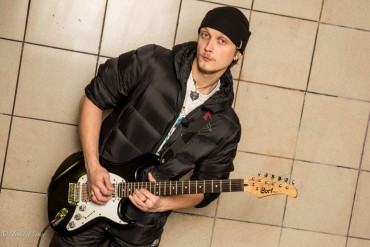 Igor was playing next to the exit of a Moscow suburban train stop at the edge of the city. I askedif I coukd take his photo and he said yes if I gave him a beer or cigarettes. He asked where I was from and when I told him NYC, he said 'take me with you.' I asked him why he wanted to leave. He said people don't understand rock music here like they do in the US. Ironically, he was playing 'Smoke on the Water' by Deep Purple, thd favorite band of former Russian President Dmitry Medvedev.